The New York Aquarium was amongst the many businesses threatened by Hurricane Sandy. With the facility's power out and its life-support systems damaged, the fates of thousands of resident animals hung in the balance. Now, thanks to heroes inside and out of the aquarium, life in the (enormous) fish bowl is finally on its way back to normal.

As of Friday night, power and life-support systems had been restored to all exhibits with animals at the New York Aquarium. The facility had lost power during Hurricane Sandy and much of its electrical and mechanical equipment was damaged by floodwaters when the ocean surged past the Coney Island Boardwalk. 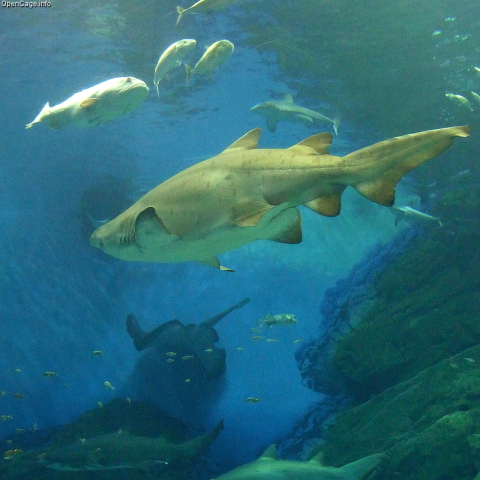 For a time, it seemed that the aquarium might have to relocate 12,000 animals -- a major undertaking. The facility is home to a stunning variety of aquatic creatures, including sharks, jellyfish and a gaint octopus, as well as walruses, penguins and sea turtles. 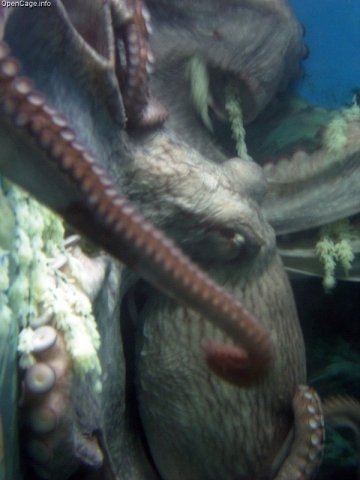 Giant Pacific octopus, like the one at the New York Aquarium

Jim Beheny, Director of the Bronx Zoo, of which the New York Aquarium is a part, issued a statement thanking the aquarium staff and outside supporters for their role in keeping the animals alive during the power outage. The statement reads, in part: "The aquarium staff has done an extraordinary job staying at the aquarium to care for the animals. The animal and veterinary staff provided all necessary care to the fish, invertebrates and mammals as we worked to restore systems and power to the 14-acre facility. The dedication of the aquarium staff, led by Director Jon Dohlin, is a testament to their commitment to the animals." 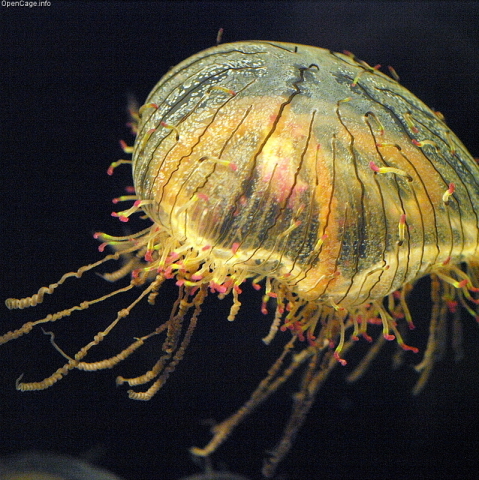 Breheny went on to say, "We have received an outpouring of support during this past week which brought hardship across our city and region. We thank everyone who has sent us assistance and encouragement."

The aquarium staff is still assessing the damage from Hurricane Sandy. Extensive repairs are needed before the facility can reopen to the public.

Microchips: Don’t Let Your Birds Fly The Coop Without One

Pet Tip: How To Trim Your Bird’s Nails

Bio-Logging Is Changing What We Thought We Knew About Wildlife, Like Birds Don't Choose Partners For Their Good Looks
Comments