The Power Of Love: Mr. G And Jellybean

There has long been a debate among scientists as to whether or not
animals feel what humans do. It is amazing there are any left that say
they don't. With stories like this one it would be difficult to maintain
a negative stance. When Mr. G and Jellybean were separated and then
reunited, the love they have for each other became abundantly clear. 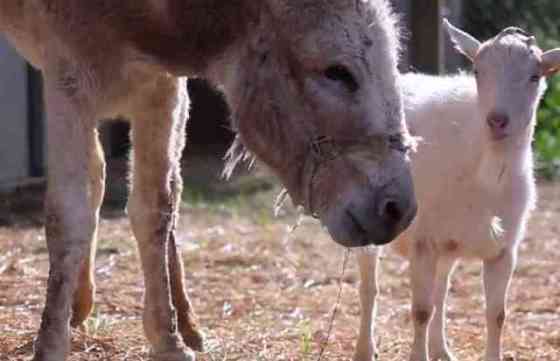 Earlier this month authorities seized a number of animals from the home of a hoarder in Southern California, including a large number of dogs and three farm animals. Mr. G, the goat, and Jellybean, the donkey, were among the rescued animals. They had been living in deplorable conditions for a decade. They were sent to different sanctuaries in Northern California to be fed and cared for -- and separated for the first time in their lives. What happened next was a surprise to everyone involved. 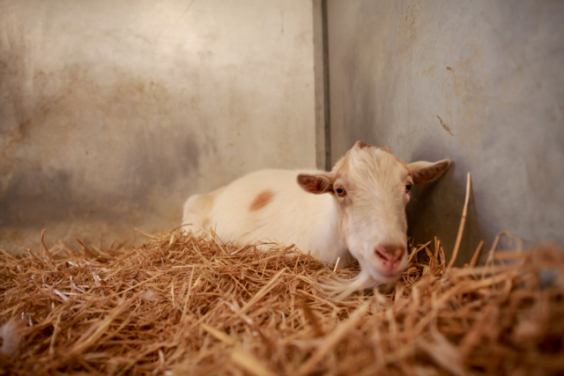 Mr. G was depressed without Jellybean (You Tube Image)

Mr. G ended up with the kind folks at Animal Place, in Grass Valley, California. Right away they noticed a problem with him. Though he seemed healthy he would not eat and would only lay around in a corner of his stall, apparently despondent. He wouldn't respond, even to the tastiest treats, like sweet grain and apples. The staff would have to physically move him to keep him from lying around for too long.

They finally decided to take a different shot at helping him. With the help of a volunteer the people at Animal Place had Jellybean brought to them -- and Mr. G. When the animal trailer arrived with the donkey on board, When he heard the noises, Mr. G started to show signs of interest for the first time since he had arrived. 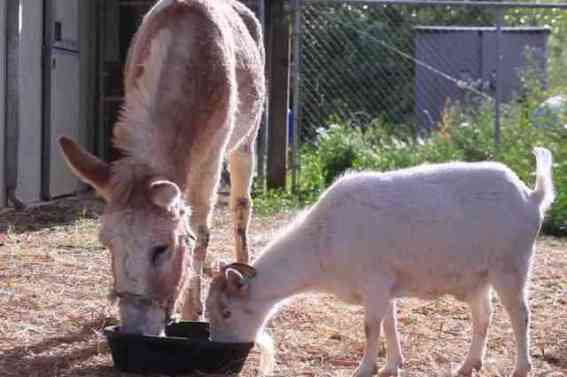 Mr. G and Jellybean together again (You Tube Image)

It wasn't until Jellybean walked into Mr. G's stall and the goat got a good whiff of his bestie's unique smell that he exploded into action. He was up and on his hooves on his own. Life was worth living again!

Instead of putting Mr. G and Jellybean up for adoption, Animal Place has chosen to keep them as permanent residents of the sanctuary. That way they can be together forever.

Alien Cat! The Animal Video Of The Day!!!
Comments