A pool man is being hailed as a hero after he rescued a small ground
squirrel from a pool he was working on.  He took the soggy, unresponsive
rodent, laid it over a pipe, and began to gently give it
cardio-pulmonary resuscitation (CPR). He had to move carefully to find the
little guy's rib cage, but he succeeded. 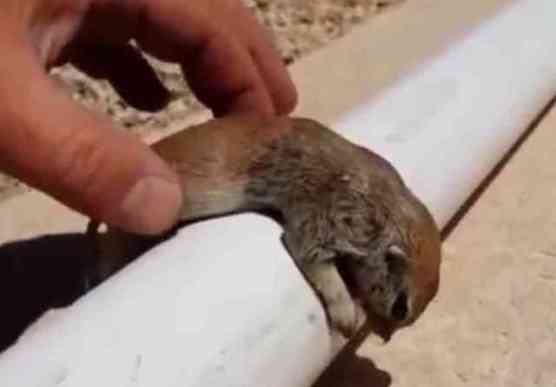 Rick Gruber, a pool guy and animal lover from Phoenix, Arizona, filmed his life-saving ordeal to show to his friends later on. Once the squirrel was breathing again, Gruber transferred it to the relative comfort of one of his knee pads. There he occasionally stroked the animal with one finger and gave it a pep talk. 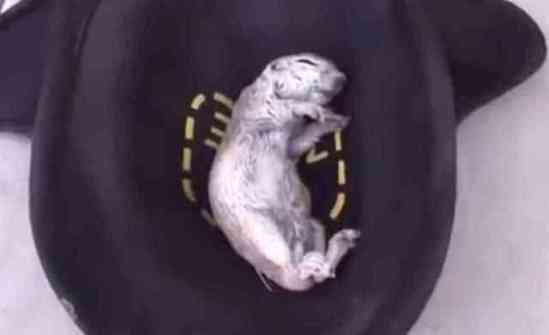 Slowly the squirrel struggled back to life with Gruber's encouragement. He barfed up some water over the side of the knee pad to clear it out of its system.  Gruber stayed with his little friend for more than an hour just to make sure. 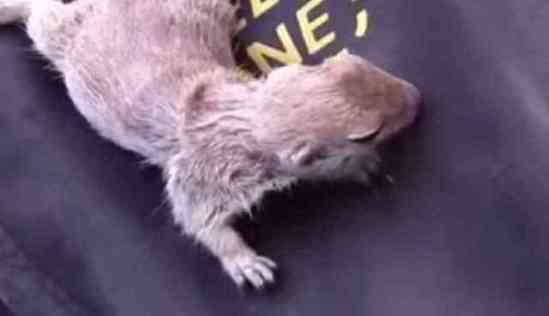 Once the tiny rodent had its land legs back it began to run around. For a moment it seemed that it might try to run up Gruber's shorts. Fortunately, it got its bearings and dashed back into the desert from whence it came.

Gruber is now facing some good-natured ribbing about being the "squirrel whisperer" or the "squirrel hero." He takes it in stride. After all, he did save a life. It may not be the life that will save the world, but it was a life important to the ground squirrel.

"Pool guys aren't so bad, are they?" Gruber quipped at the end of his furry little ordeal. Apparently not, dude!

PetsLady's Pick: Freaked Out Space Cat Of The Day
Comments