It looks like Grumpy Cat has some new competition and Colonel Meow has a
successor. Meet Pompous Albert, a cat from Salt Lake City, Utah, who
also looks like he may have designs on taking over the world and
enslaving us all. In addition to his permanent frown, he is blessed with
somewhat curly, tufted fur that comes from being a Selkirk Rex breed of
cat. It is because of his wild gray-white locks that he was named for
Albert Einstein. 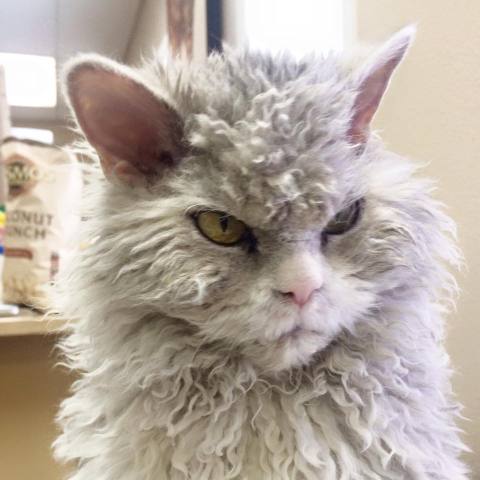 Some websites are reporting Albert as being the angriest cat in the world, but that title has already been given to a cat named Garfi in Turkey. Albert looks like his is not so much angry, but plotting evil. So perhaps he should own the title of most diabolical cat in the world. Who knows what evil plans are working in that mind -- scratching the litter out of the box? Perhaps he is plotting to annihilate the arm of the couch. Or perhaps he could even be contemplating shredding the screen covering his favorite open window. 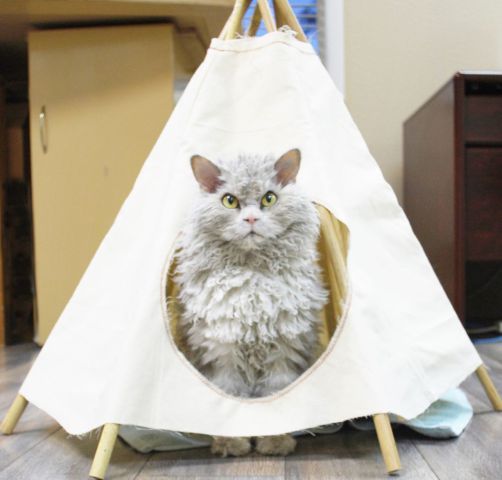 Seven-year-old Albert lives inside Sagebrush Fine Art. He is the precious puss belonging to Mike and Susan Singleton. The foggy-colored moggy loves lording it over the office equipment. When any machine is in use he feels compelled to run over and attack it. If a file cabinet drawer is open he will inspect it. If there is work being done he will supervise. 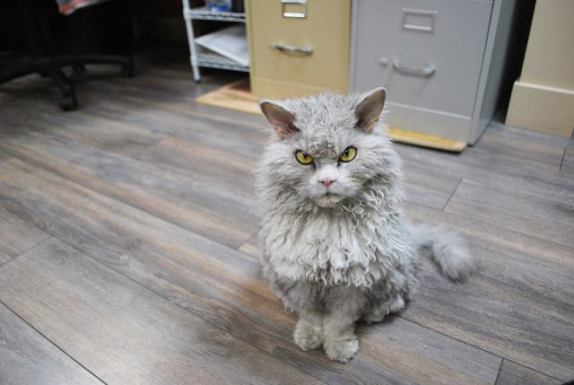 The Singletons adopted Albert after he was rejected as a show cat. As if! Such a complicated feline soul would hardly deign to lower himself to such useless competition. Beauty pageants are beneath him. He has greater plans for the world! With more than 40,000 followers on Instagram he is way more famous than any vacuous show cat.

Of course, Albert is really a loving boy with a purr larger than himself. Any money that the Singletons make from Albert's fame will go to help local shelters. There is no word on how Albert feels about giving up the money, but we can rest assured that he wants for nothing.

Give this Cat a Magazine! The "Potty Trained Feline" Animal Video of the Day!!!
The Best Robot Vacuum Cleaner For Pets And Allergies