Policy For Retired Police Animals To Be Made Law

Tuesday night in Tennessee the Metropolitan Council for Nashville and
Davidson County voted to make the ongoing care of retired police animals
law. The new ordnance will provide as much as $2500 annually for 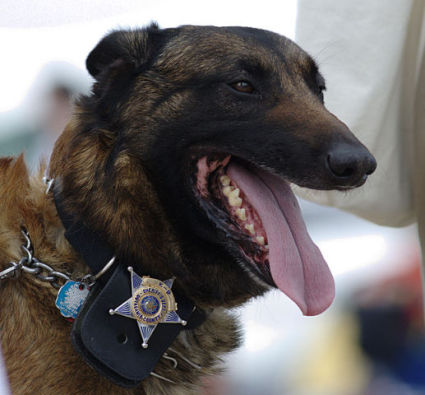 Police Dog (Photo by Michael Pereckas/Creative Commons via Wikimedia)dogs
and horses that have served in law enforcement roles. These funds will
be available to cover food, medication, and veterinary care, and up to
14 days of boarding for dogs annually.

The Metro Police Department has long provided these benefits, but as an internal policy it was subject to changes. Making the policy into an ordinance ensures the continued support of the animals who have worked loyally in the service of the community.

The department currently employs 30 dogs as members of the K-9 unit and 5 retired members. It is customary for the dogs to retire to the homes of the officers with whom they were partnered. Since the dogs have special training that includes aggression, they are not easily placed with other households as members of the family.

K-9 officers begin evaluation for retirement after eight years of service. Their service is physically demanding, so retirement is essential to maintain a strong force and not harm the animals. On average they remain with the human officer's family for another three to four years.

Horses are retired to homes other than those of officers, but in those cases funds are not made available.

Many cities provide retirement benefits for retired law enforcement animals, but Nashville believes that they are the first to vote it into law.