Old and busted: the Grinch who stole Christmas. New hotness: the polar bears who stole Halloween! Authorities from the hamlet of Arviat, a town situated deep in the heart of Canada's polar bear country, have suggested residents participate in an indoor “Halloween Community Event” instead of allowing kids to go trick-or-treating outdoors. 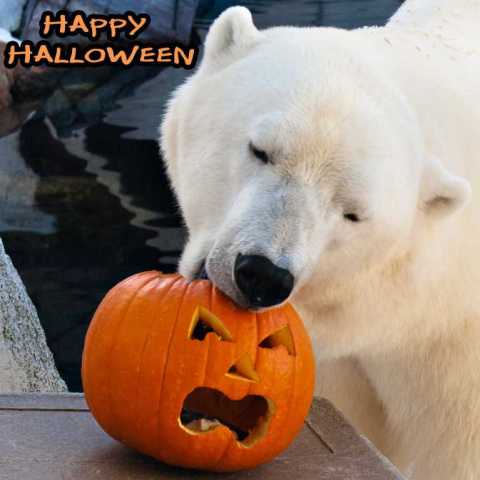 Located on the western shore of Hudson Bay in the Canadian territory of Nunavut, Arviat's latitude is 61°N – less than 5 degrees south of the Arctic Circle and north of the arctic tree line. The town's population as of 2011 was just over 2,300 with roughly 1,800 living within its urban environs. Thus there are quite a few children of trick-or-treating age in and around Arviat. There are also significant numbers of polar bears. 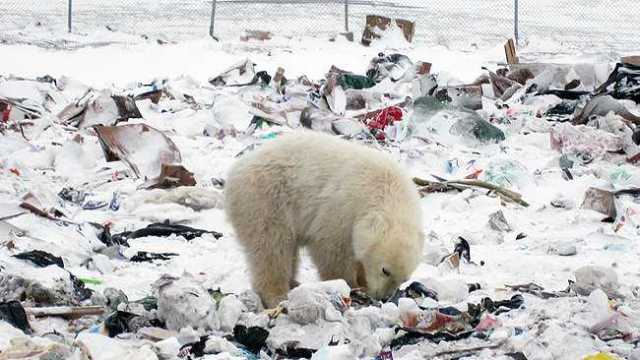 Polar bears congregate near Arviat for several reasons, one being the attraction of the local landfill (above). Another is the town's location on the shore of Hudson Bay – in late autumn, bears will often wait for weeks until the sea ice is firm enough for them to cross it in pursuit of seals. As Halloween occurs in late autumn, the potential for unfortunate encounters between hungry polar bears and human children is greatly increased.

“Picture 1,200 kids going door to door in Arviat in the middle of polar bear season,” stated Steve England, Arviat's SAO. “It's a pretty obvious conclusion of what tragedies could come out of that. We're just trying to safeguard the younger population by offering an alternative.”

The proposed indoor “Halloween Community Event” will feature a haunted house and face painting with prizes and candy given to participating children, who would be brought to and from the community hall by shuttle bus. According to England, if this year's festivities are successful the town council may institute the event as an annual tradition.

Not everyone is enthused with this more restrictive alternative to outdoor trick-or-treating, however. “If parents want their kids to be safe they should be willing to look out for bears,” posted community member Agaaqtoq Eetak on Arviat's Facebook page. “If there is a bear, shoot it. I think Halloween would not be the same if kids don't go trick-or-treating.” (via CBC News)

Paws Like Me 'The eHarmony For Pets And People'