Even though the Red Swamp Crayfish found in ponds in London's Hampstead
Heath are a highly invasive species, the United States/Mexico natives are protected
by law. Recently three young men were brought up on charges after being
arrested while in possession of two large carrier bags full of the
crustaceans. 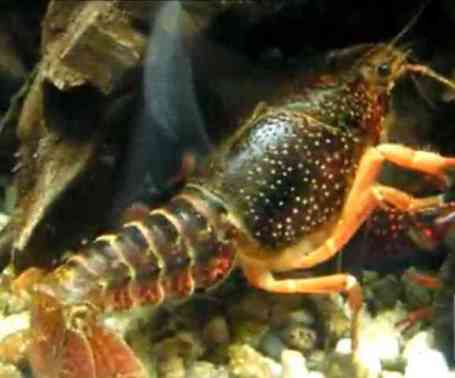 The crayfish are breeding at an incredible rate in the Heath and are now feared to number over 5,000. They are nipping at swimmers, and causing serious problems for native species and water quality. They are decimating the population of native white crayfish, as well as fish stocks in the ponds. It is believed that the crustaceans have been introduced into the waterways of Great Britain both intentionally and accidentally. They first appeared in Hampstead Heath in 1991.

While over-fishing would seem to be a strategy for eliminating the invasive species before they do more damage to the ecosystem, London authorities are concerned that allowing open fishing could lead to further spread of the species to additional waterways.

Poaching of the crayfish has become increasingly common. The only ones allowed to remove any of the crayfish from the ponds are researches with the appropriate license.  At this point only two such licenses have been issued.

The three poachers caught recently admitted to their crime, stating that they had wanted the animals for an aquarium. They were fined and released.