On July 10 of this year Michelle Sena-Kelley, 43, of Arvada, Colorado, pleaded guilty to ownership of a
dangerous dog involving bodily injury. Today she begins a three-day jail sentence and three years' probation. In 2011 her pet pit bull maimed one dog and killed another in two separate attacks. 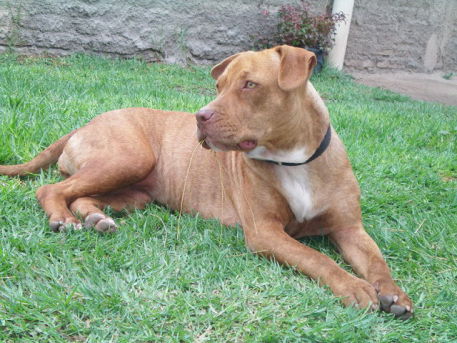 Last August, Janelle Jerman was walking her Yorkie mix, Uno, when a pit bull jumped out of a car
window and attacked the small dog. The dog was eviscerated in front of her. Jerman screamed and neighbors and the pit bull owner came running. Uno died later during surgery.

Just three weeks earlier, the same pit bull mauled Kimberly Greene's Chloe, a West
Highland terrier. She said that the pit bull came out of nowhere to swoop down on her dog and wouldn't let go. Her dog had to have a leg amputated.

After Uno was killed, Sena-Kelley was told that her had to have her pit bull euthanized and gave her the choice of doing herself or having the court do it. She took her dog to a local animal hospital and had it put down.

Neighbors for Sena-Kelley said that they had repeatedly made complaints about the dog but that local officials had ignored the complaints -- with disastrous results.

Sena-Kelley was ordered to pay $9,521 in fines, costs, and restitution, and ordered to serve 75 hours of community service. She is also no longer allowed to own any animals.