Here’s a two-pack of strange livestock news stories for the day: a lucky, screaming boar sent the police to his owner’s home, and Hero the bull is bouncing back from a case of severe frostbite with a pair of prosthetic legs. 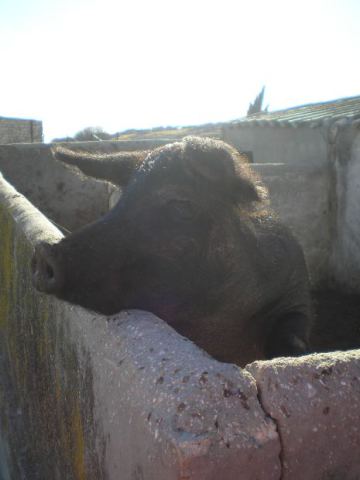 The local police were called to a China, Maine home by a concerned neighbor concerned about a domestic assault, after they overheard a disturbance involving a lot of screaming. It turns out that all of the commotion came from the family’s lucky boar, who was just placed with five sows for mating purposes. Keep it down, Porky!

Meanwhile in Virginia, Hero the calf was rescued last April after he was discovered with a nasty case of frostbite on the animal’s rear legs and tail. Unfortunately, the small calf lost those hooves, but he was recently taken to Texas A&M University, where he was fitted for a pair of prosthetic hooves. More machine than beef, Hero has easily adapted to his bright pink mechanical legs, and he is planning to go home to Selah Ranch in Virginia very soon. Congratulations, and welcome home, Hero!

Hear My Roar! The Animal Video of the Day!!!