In a tragic case, William Joseph Riddick, 19, was caught stealing hamsters from a PetSmart in Westminster. Colorado on May 4, 2012, according to Denver's Channel 7 News.. Police were called to the store when the theft was discovered.

When interviewed by police, Riddick admitted to stealing the hamsters, including the two he had taken the night before. Police found the hamsters at the PetSmart pet hospital with se 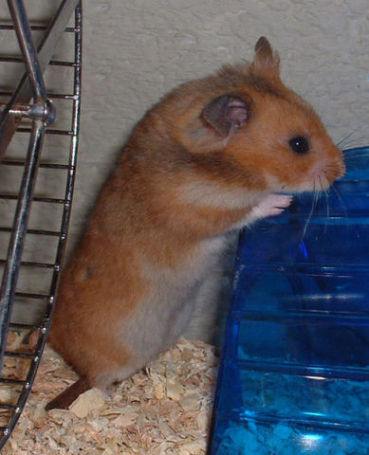 rious injuries. One of these hamsters had to be euthanized and the other needed to have one leg amputated from the trauma they experienced in Riddick's hands. The leg injury was sustained when Riddick held the hamster by one leg and swung it in circles.

Approximately 50 hamsters went missing over a two-month period prior to his arrest.  Riddick said that he had been stealing hamsters and giving them to friends. He also admitted to killing five other animals missing in the store's audit by throwing them against the wall or hitting them with his hands. The hamsters were valued in excess of $800.

Riddick has been charged by the district attorney's office with one count of theft and six counts of aggravated cruelty to animals. Riddick was released on a $200.00 bond. He was back in court on May 11 when he was advised of the charges against him.

Store officials said that he was fired as soon as the theft was discovered.

What Do You Know About Calico?

3 Billion Birds Gone, Just Gone: What You Can Do
Comments