Pet Couture: Not Just A Horse In Striped Pajamas

For many people their horses are as much a part of their family as someone else's dog or cat. So when it is time to go to the Renaissance Festival, Oktoberfest, Halloween, or a horse show, they have costumes ready to go for them and their favorite equine.

Fur trading was a big part of the Western expansion of America, often preceding explorers in their lone wanderings in search of the best trapping areas. Just as often these men had only their horse for company for months at a time. You too can dress your horse up as a fur trader's horse. 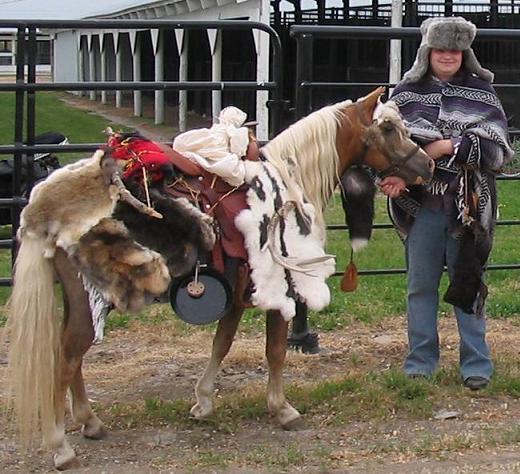 St. George And His Horse

St. George is best known for battling a dragon to rescue the fair maiden. Of course he did this on horseback. His legends were brought back from the Crusades and he became a Christian martyr. Now he is the patron saint of England, as well as many other countries and cities.  What great fun to pair up with your horse like this! 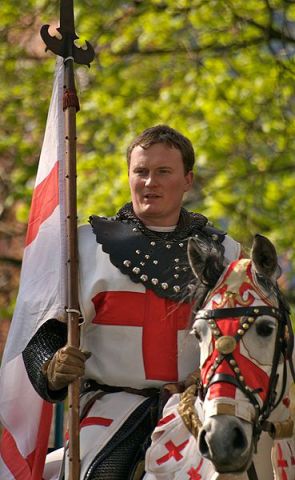 St. George and his valiant steed (Photo by Michael Clark/Creative Commons via Wikimedia)

Arabians are a favored breed of horse throughout the world for their beauty. At some Arabian horse shows they will have a costume contest for horse and rider together. It creates a beautiful pageant, even if it isn't strictly historically correct. Just imagine galloping across the desert sands with your robes flowing on the wind behind you. 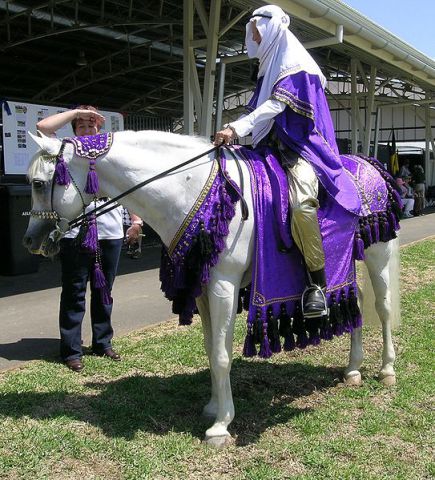 Horse In Armor With Rider In Maille

When it came time to go into battle it was only the rich knights who were able to afford armor and maille to protect themselves. It was the richest of the rich who were also able to armor their steeds. This may appear prohibitively expensive even these days. Believe it or not there are knitting patterns designed to make yarn appear as maille (to check it out, click here). There are probably such short cuts for your horse as well. 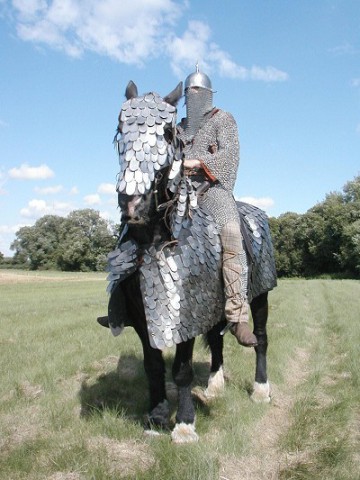 Every year hundreds, if not thousands, of jousts take place across the United States, not to mention other countries. The Renaissance Festivals and Fairs that dot the country from spring through fall often host jousting tournaments. Granted, they are carefully choreographed for the safety of the horses and the humans. Still, the festive air pervades the crowds. You and your horse can garner the admiration of many people who like to live in the past. Besides, the Red Knight always wins. 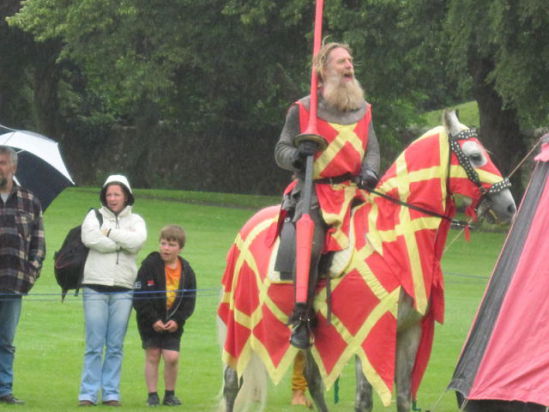 Throughout Europe there have been many traditional ways to deck out horses for different local festivals and occasions. None has transferred to the U.S. with so much enthusiasm as Oktoberfest. Whether it is the free-flowing beer or the chance to wear leather shorts, it is a time that folks look forward to every year. Your horse can get into the festivities as well with a great costume that can match your Lederhosen. 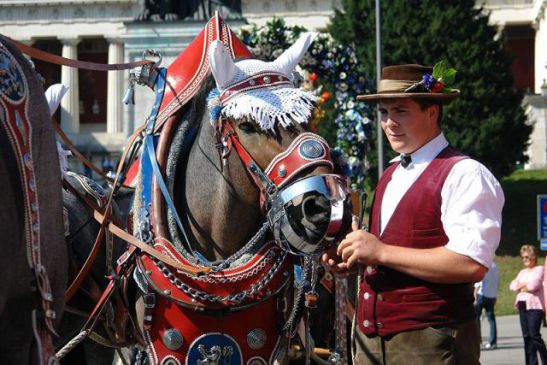 Time for Oktoberfest! (Photo by Hullbr3ach/Creative Commons via Wikimedia)

For more information on costuming your horse, start here.

Halloween: 14 Best Pet Costumes (including Cutest, Sassiest, Silliest, and What In The Heck Is That? )