Penguin Spy Robots Invade The Colony For The Inside Scoop

Documentary film makers placed cameras inside 50 animatronic penguins
and then set them out in three colonies of the real birds to get closer
than ever before. Some of the robot penguins even managed to lay 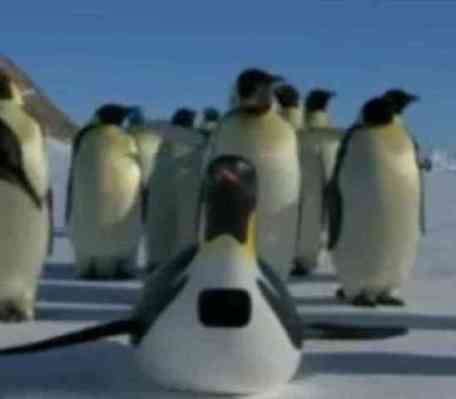 Animatronic Penguin On The Job (You Tube Image)"eggs"
with cameras inside to get a chick's-eye-view of the world. The amazing footage is part of a new documentary for the
BBC.

The cameras and the filmmakers survived blizzards and temperatures well below zero to observe the natural behavior of the penguins unaffected by the presence of humans. In over 1,000 hours of film footage the penguins were caught in never before seen activities.

One such activity was "chick-napping" in which desperate, childless females would steal the babies of other females. Another was fighting between mating rivals. The cameras also caught Humboldt penguins dodging Peruvian vampire bats.

The robot penguins were just lifelike enough to also get in on the action. They were attacked by predators and ended up in fights. One was beaten up by a rival after being courted by one of the penguins and another was pushed off of a cliff. Some of the egg cameras were even adopted by other birds.

The largest of the animatronic birds were able to walk, to get up when knocked down and could lay the egg cameras where they were needed.