"And The 'Pawscar' Goes To" At American Humane Assn's Oscars®

With Seth MacFarlane's off-color jokes and "We Saw Your Boobs" medley behind us, we can now shift our focus to a much more civilized view of Oscar-worthy movies. This year the American Humane Association presented another of its own version of the Oscars. Titled, "Pawscars" - you guessed it, it's their take on recognizing the best animal talent in the movies. And we know that Hollywood is full of talented creatures.

Honoring outstanding treatment and performances on the big screen, Ang Lee who walked away with this year's Best Director award at the Oscars® also was honored with a Pawscar for the 'Best Human/Animal Bond' award. 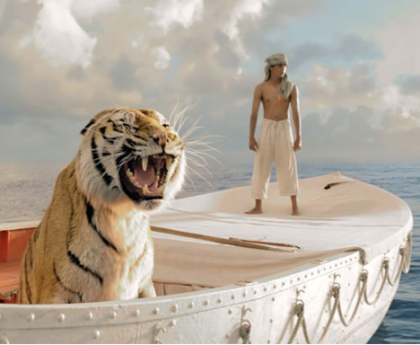 Other honorees included the raven that perches atop Anthony Hopkins' shoulder in Hitchcock, the sheep in Wanderlust and the of course the tiger from Life of Pi, considered by all as a shoo-in. With their iconic slogan, "No animals were harmed in the making of this movie," the association enters its fifth year presenting its animal-centric take on the Oscars®.

This clip features actor Malcolm McDowell and Uggie who won the Pawscar last year for his unforgettable performance in The Artist.

something-something, weren't they surprised when Maynard the Pig playing "Herman" overshadowing pretty boys Channing Tatum and Matthew McConaughey. If a pig can steel that kind of thunder, you bet he deserves the Pawscar's "Best Pig in a Blanket" award.

Winning this year in the "Best Animal in a Leading Role," category was Bonny from the off-beat comedy Seven Psychopaths. Like her predecessor Uggie, Bonny the Shih Tzu is can be considered the epicenter of this movie, continuously moving the plot forward while attracting the attention of every character in this rollicking farce. 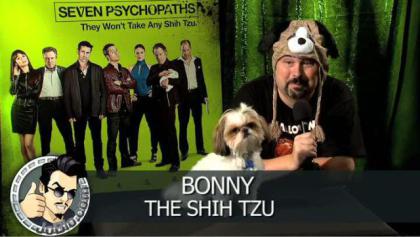 The AHA protects the safety and welfare of more than 100,000 animals on more than 2,000 productions each year with a 99.98% safety rate. Who better to have created the Pawscars than American Humane Association? The only question I have this year: Should the Tiger in 'Life of Pi' been considered a contender at all, or should the movie title have been altered to represent exactly what you were seeing up there on the Silver Screen? Just asking! 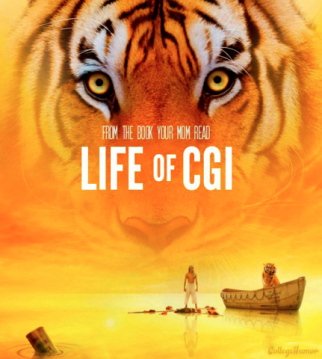