In major cities around the world a new idea has come home to roost, er,
well, come home to curl up and purr.  So many people now live in
apartments where they cannot have pets and yet they still want the chance to 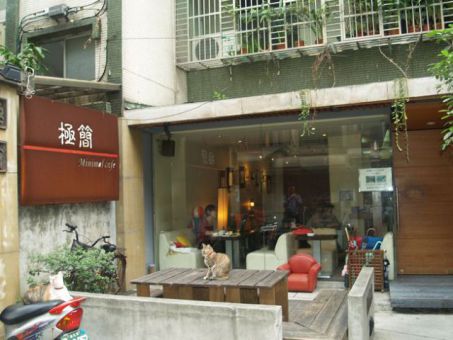 Cat Cafe in Taipei, Taiwan (Photo by (WT-shared) ResTpeTw/Creative Commons via Wikimedia)commune with a pet. The result has been cat cafés -- where these people
can get a cup of tea and a quick kitty cuddle. The first of these cafés
opened in Taipei, Taiwan back in 1996.

From there the idea spread to Japan, a country whose people are well-known to be cat lovers. The city of Tokyo alone is reported to have 100 cat cafés. Throughout Japan there are said to be 160 such establishments.

A cat café is basically a place where you pay a cover charge to enter and have something to eat or drink while getting to associate with a variety of sociable cats. You need to be someone who really loves cats because they are allowed to roam everywhere. 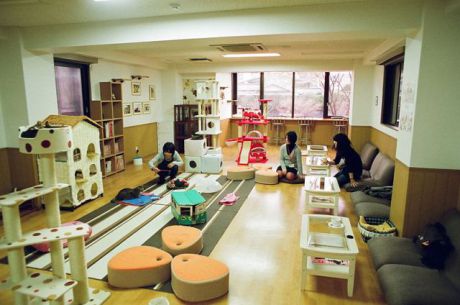 Cat Cafe in Kyoto, Japan (Photo by sprklg/Creative Commons via Wikimedia)The cafés have strict rules to ensure cleanliness and animal welfare. Precautions are taken so that the cats are not harassed by unwanted attention or disturbed while napping. Many of these cafés also work to create awareness of abandoned or stray cats.

The cafés are not just an Asian phenomenon. One of these restaurants opened in Vienna, Austria, last year and is named Café Neko. There is another in St. Petersburg, Russia.

London is about to join the trend with Lady Dinah's Cat Emporium. Lauren Pears, who is opening the 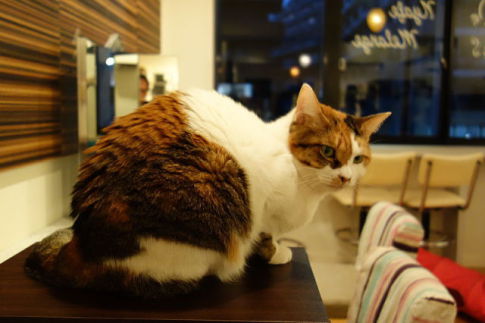 Cafe Cat in Japan (Photo by Yamaguchi Yoshiaki/Creative Commons via Wikimedia)establishment, pointed out that many of the conditions that have made the cafés so popular in Japan also exist in London -- the long working hours, the landlords not allowing pets, and people needing the love and attention of a pet.

The plan is for Lady Dinah's to adopt the resident cats from local shelters. They will be taken in to the lap of luxury and never want for attention. The place is scheduled to open in May and Pears says that she has already received over 300 applications from people wanting to work there.

There is no word on where the name Lady Dinah's came from, but Alice's cat in Alice in Wonderland is named Dinah.

Dog Poop Is A Growing Business
Welcome Clean Meat! Your Pet Is Going To Be A Foodie!
Comments