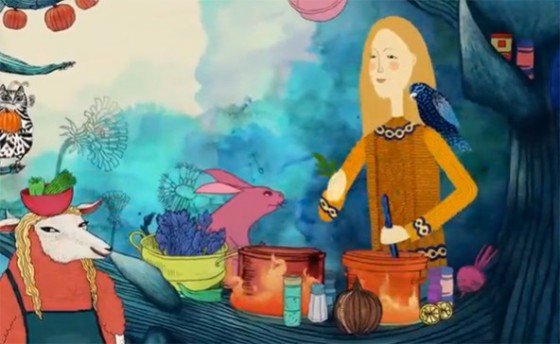 It's been 15 years since Linda McCartney's death and the McCartney family started Linda McCartney Foods, a British vegetarian food line.  Now, for the first time, the animal rights activist, photographer, and writer of several vegetarian cookbooks, will be the animated star of a TV commercial for her foods, during what the family is calling the #Love Linda campaign. And guess who wrote the music and sings....

Yes, Paul McCartney, of course.  He wrote a lovely new tune called "Heart of the Country" and part of it is in the commercial.  Also, a voice over is performed by a good friend of Linda's, songwriter and performer, Elvis Costello.  But first, watch the commercial cut with just Paul singing his song.

Now, here's the video with voice over from Costello released just a few days ago....

The new commercial will air on British TV beginning January 30, 2013.  I'm sure the Brits will go nuts over it, and even their pets will cheer!  It's a charming, pro-conservation ad, and it will pull at the heartstrings of all who remember the beloved Linda McCartney.