Parachuting Beavers? What Else Don't We Know About The 1950s? 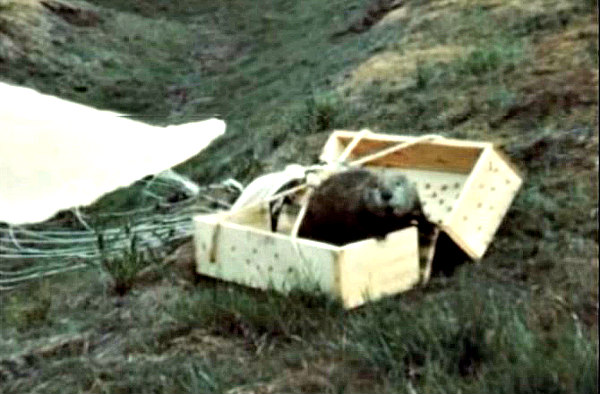 Just when you think you’ve heard it all comes the story of parachuting beavers over the skies of Idaho. If you live there currently, don’t bother running outside to see if it’s raining the furry, flat-tailed and buck-toothed creatures right now. Apparently this happened around 1950 during a period when conservationists were trying to figure out a way to relocate the beavers due to declining habitat and humans considering them a nuisance. You see, after WWII Idaho went through a suburbanization period which in turn disrupted the lives of the local wildlife. With their homes now teaming with humans, there was bound to be some unwanted contact between man and beast. But, if our pioneering spirit has taught us anything, it's not to let a little thing like rodents get in our way of building the American dream.

After the Idaho Fish and Game (IFG) launched a program to relocate the prolific builders to other areas in the late '40s, it seems ordinary citizens and conservationists weren't willing to stand idly by without contributing to the "solution." The solution on IFG's part involved live-trapping and relocation of the semiaquatic critters to nearby ponds and streams via modern day transportation such as trucks. One of the locals proffered up the idea of sending the beavers to live in what is now known as the Frank Church River of No Return Wilderness Area due to its remoteness and lack of human activity. While it seemed like a wonderful idea, there was one big problem: lack of adequate access into the dense interior of the spectacular and untamed wilderness. 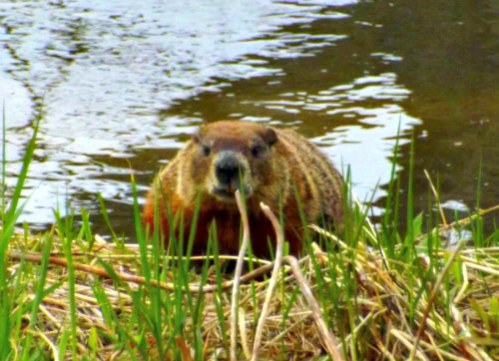 Beavers are semiaquatic, nocturnal creatures: No parachuting for this beaver

That's when one of the resourceful conservationists came up with the brilliant idea (or misguided, depending on how you want to look at it) of ferrying in the beavers via the skies using a surplus of army parachutes left over from the war. While I would have given almost anything to see the looks on the IFG member's faces when this "solution" was proffered, they apparently stopped laughing long enough to give it a try. That's right. The plan to airlift the beavers out of the newly created suburban paradise and dropping them in specially designed boxes over the Frank Church River area actually took place around 1950. Fortunately for us, IFG historian Sharon Clark found the delicate film capturing "Operation Beaver Drop" some 65 years later, which had somehow been mislabeled and stored in the wrong file. It has since been digitized and released by the Idaho Historical Society and the Department of Fish and Game on YouTube, and you can view it below.

It's unclear just how successful the program was, but suffice it to say it probably hasn't been attempted again — especially not with groups like PETA and Green Peace around. Animals are viewed differently now, for the most part, and the media would have a field day with a program like this in the 21st century. While the entire concept is both ludicrous and hysterical all at the same time, it's important to note that — at least according to IFG — no beavers were harmed during this leg of their early relocation program. In order to watch the video, viewers will have to acknowledge that they are of an age to view it and are aware of the content's subject matter. Yes, it sounds suspiciously smutty, but there are no suggestive images of sultry beavers plying their wares on unsuspecting persons or eager johns, so you're good to go in case you've got a sensitive nature.