Owner Of Cloned Dogs Won't Keep 'A Rope Around Their Necks' 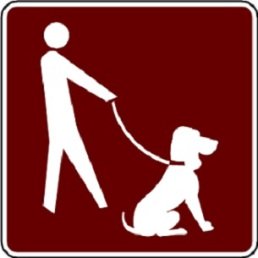 Dogs must be leashed signAccording to news reports, you had better keep any puppies, small dogs, or those of a fragile nature out of Central Park and the Upper West of New York City these days, for you are liable to encounter two free-roaming cloned Collie/Great Pyrenees mix dogs - dogs reported to have bitten other dogs and people, not only in the Park but on the streets of the upper West Side.

An article in the December 2, 2012 New York Post quoted the owner, Gary Rintel, as admitting he flouted New York City's leash laws, which dictate that all dogs in public places be on leashes no longer than six feet. The City's Central Park, however, has a slightly different leash law, allowing for unleashed dogs only between 9:00 p.m. and 9:00 a.m.

Rintel told Post reporters that he had already paid about $2,000 in fines for disobeying the leash laws, but that is apparently nothing to the 45 year old "trust fund layabout" who paid $140,000 to have his beloved dog Astro cloned years ago.  That is how he acquired his now 3 1/2 year old Astro clones, Cosmo and Retro, who Rintel says are not dangerous, only playful.

Nevertheless dog owners claim that their dogs have been bitten by 'the clones,' the nicknames given Cosmo and Retro by the neighbors and their doormen, who apparently have quite a struggle keeping the clones from entering neighborhood apartment houses to chase other dogs.

Rintel, who is clearly as devoted to Cosmo and Retro as he was to Astro, is apparently unmoved by the complaints. “If you were a dog, would you want to live with a rope around your neck?” he responded to reporters.

Conservation
Dogs
News Stories
Pet Safety
Technology
Weird, Odd or Bizarre
International Animal Rescue: Help Save Little Gito And Other Animals!
Celebrity-Studded Movie To Expose The Greed That Leads To Animal Poaching
The Case Of The Missing Mistle Thrush
Took More Than 100 Years For Tortoises To Return To Galapagos
Comments