Lookout criminals, you're being watched... by a giant owl? Tokyo is one of the world's safest large cities and the many small koban (police boxes) scattered throughout the city help keep it that way. Watching the streets is what they do, and the owl-shaped koban near Shibuya Station beautifully reinforces the message. 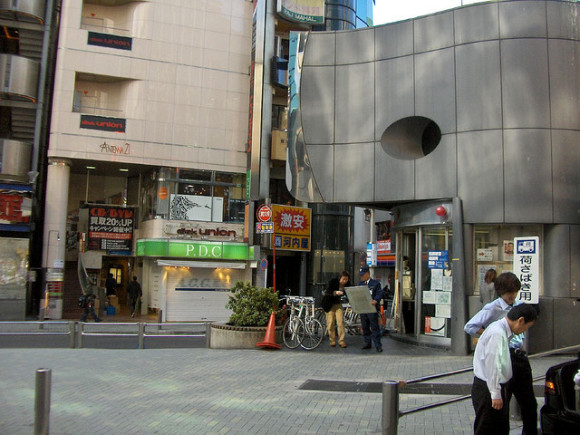 The Udagawa-cho police box was designed by award-winning Japanese architect Edward Suzuki of Edward Suzuki Associates Inc., and opened for “business” in April of 1985.

Like most smaller modern police boxes, it features a glassed-in lower level meant to exude a welcoming vibe. The mid-level overhang shaped like an owl's beak provides shelter for visitors while offering a dry patio where policemen can park their bicycles.

The more private upper level is used for administrative functions and features opaque walls – except for a pair of round windows useful for observation from the inside but also to enhance the overall owlish look of the mini-station.The effect is even more striking on overcast days, in the evenings and at night when the windows glow like eyes!

You may be wondering why this koban looks like an owl – and the Udagawa-cho police box is one of many such Japanese police boxes that follow an owl-morphic design ethos. It all has to do with Japanese tradition: owls have symbolized the police and their predecessors for quite some time.

Not only do owl-shaped police boxes like the own in Udagawa-cho look cool, they make things easier for foreign tourists who need to ask directions. Helping out those lost in the big city is one of the most common duties of Japanese police these days, so everyone's a winner. That's definitely worth a hoot! (via Sir Loin of Beef, Jamie Barras, and GMAP)

3 Tips For Travel With Cats