Our Pets’ Homage To The Great David Bowie 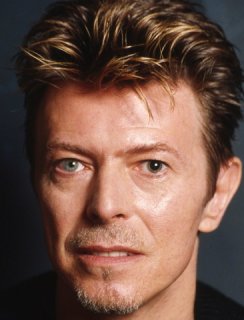 David Bowie’s body of eclectic body of work elevated songwriting, performance art and acting to another art level. His contributions are so memorable that just the mere mention of Ziggy Stardust, Life on Mars and the Elephant Man transports us immediately to the time when he first introduced them, all those years ago. His artistry was chameleon-like as he made us appreciate him more and more with each transformation.

“Turn and face the strange,” were prophetic words from “Changes,” one his all-time best-known hits, because from a young boy, Bowie’s face was uniquely different from others. He had a condition called anisocoria, characterized by an unequal size of one of his eyes’ pupils. Affecting only 20 percent of the population, this gave the illusion his eyes were different colors, as one took on a darker appearance than the othe

In many ways, Bowie’s eyes were a perfect metaphor for his talented exceptional life. With his inventive characters and his flamboyant costumes, Bowie’s eyes revealed the man behind the makeup, the man that could touch hearts and souls with just a look.

According to Matt Miller of Esquire, “Bowie consistently pushed the boundaries of multimedia's ability to enhance music. And through it all, his eyes remained a constant, down to the lyrics from the title track from his final album Blackstar: ‘At the center of it all, your eyes, your eyes.’”

Though unrelated to anisocoria, Bowie’s condition mimicked another. It was similar to a rare trait found in the eyes of our pets called heterochromia. The difference being that their rare medical phenomenon does actually result in eyes being different colors.

So appropriately, in homage to this great artist, and no matter where you travel the world, you will find folks whose pets exhibit heterochromina naming their furry four-legged companions “Bowie.” 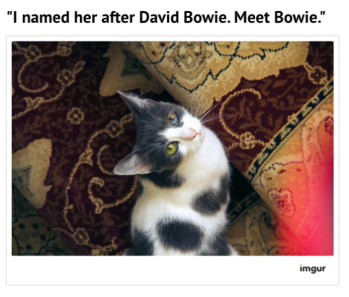 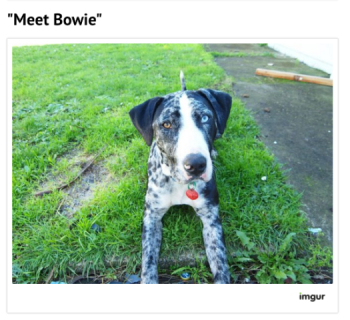 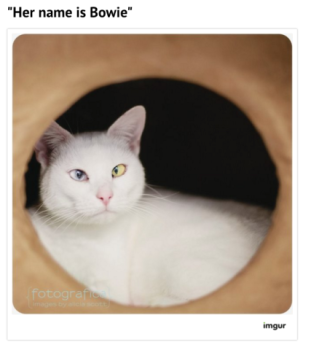 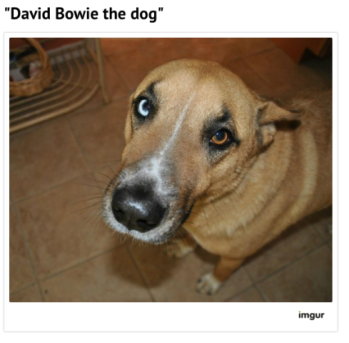 Of course, a pet needn't bear any resemblance at all to honor their namesake. Indeed, with every furry Bowie, Ziggy or Stardust in the world, his legacy will live on. 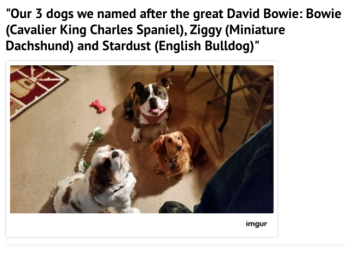 At the end, Bowie's long-term producer and friend Tony Visconti confirmed that the musician had intended Blackstar to be a "parting gift" for his fans (and we can only imagine this included our pets.). The album was released just two days before Bowie's death.