This Otter Be A Warning To Us All

Last week, after more than 30 years without being seen, the Japanese
Ministry of the environment announced the sad news that the Japanese river otter and
several other species extinct. The otter once numbered in the millions
in the island nation and was over-hunted for their fur and lost miles of
habitat due to urban growth and pollution. 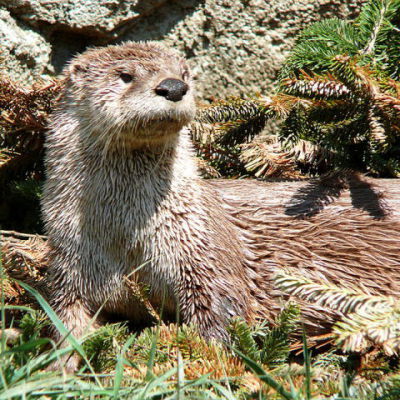 While several searches for the river otter have been conducted over the years, no evidence has been found to indicate its continued existence. The last wild river otter was spotted in a river in the city of Susaki in 1979.

The otter is the animal symbol for the Ehime Prefecture in Japan, which was home to the noted poet Masaoka Shiki (1867-1902). In his haiku, he likened himself to otters. Every year, in September, the anniversary of his death is celebrated with Dassai-ki, or the "otter's ceremony anniversary."

In addition to the river otter, the least horseshoe bat was also declared extinct after not having been observed in the wild since 1971. Other species listed as now extinct included one bird, one insect, one shellfish, and two plants. The names of these species were not available.

Don't Make It A Big Bang For Your Pets This Fourth

Lost Penguin Expected To Be Home For The New Year
Comments