Last Saturday night an inexplicable crime shocked the city of Fort Collins, Colorado.
Oreo, the popular cat that is the mascot of the Armstrong Hotel was
purr-loined by catnappers. The brazen crime was caught on surveillance
and the entire population of the city was on the lookout for their
favorite feline. 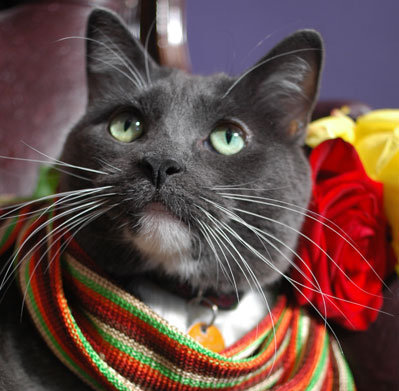 The hotel had been having its annual St. Patrick's celebration and Oreo, a gray and white tuxedo cat, was hanging out in the front lobby of the establishment to approve of those coming and going. In other words, she was conducting business as usual. She was not far from the door when one of the exiting party-goers appears to just scoop her up and walk out the door. It was a brazen act that appears to have had no real purr-pose. 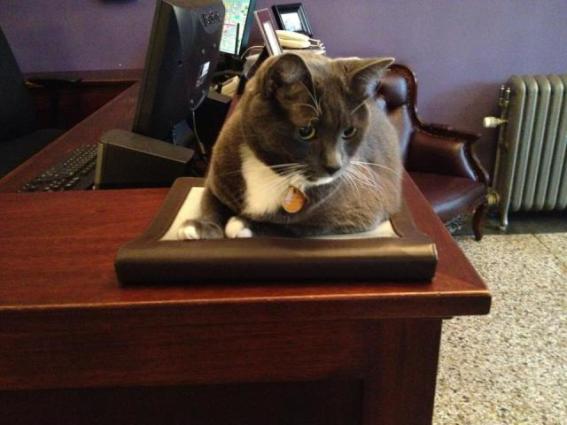 The police were alerted. The surveillance tapes were pulled. It was a meaningless, senseless crime that left the entire community with a bad cattitude. Oreo has been in residence at the hotel for ten years without incident and many people make a point of stopping by the hotel on their way to or from work or school just to say hi to her. Many of them are also her friends on Facebook. One of the people baffled by the theft commented that said that the thing that didn't make sense was that the catnapping was more trouble than it would be worth. 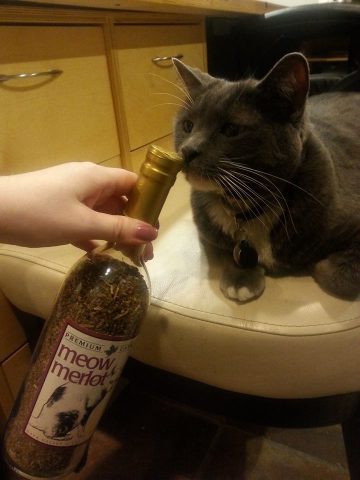 According to the staff of the hotel, Oreo is a pretty chill cat who just likes to hang out and sleep, however there is one chair in the lobby that shows evidence that she does engage in other catly duties.  Numerous cat doors have been installed throughout the hotel so that she has free range (sans guest rooms) throughout the hotel. At night she is tucked up in the executive offices for safe keeping until morning.

On Tuesday morning Oreo was found crying behind an art museum about a block away. The hotel guests who found her were glad to see that she was unharmed -- just very scared. She has resumed her place in the hotel. Her place in the hearts of the residents of Ft. Collins was never vacated.

Police are still searching for the ne'er do wells that catnapped Oreo. Should we call them the "purr-petrators?" Hopefully they will be caught and charged. No doubt Oreo and her friends would find that cat-egorically purr-fect.