Opposite Attractions
©2000 by Laurie Kay Olson 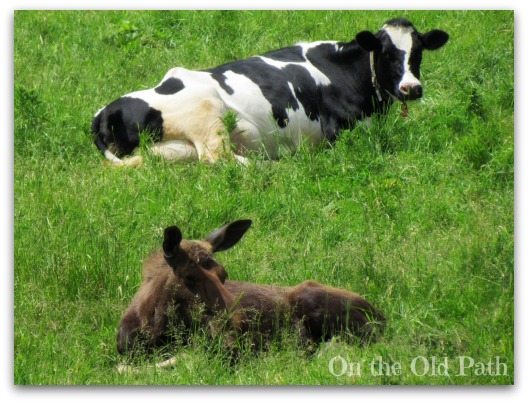 Moose and Cow (Image via On the Old Path)

The course of true love makes no excuse --
As was the case with a certain moose.
Though I can't really tell you how,
He fell in love with a Jersey cow.
In the field where she placidly chewed her cud
He stood as though rooted in ankle-deep mud. 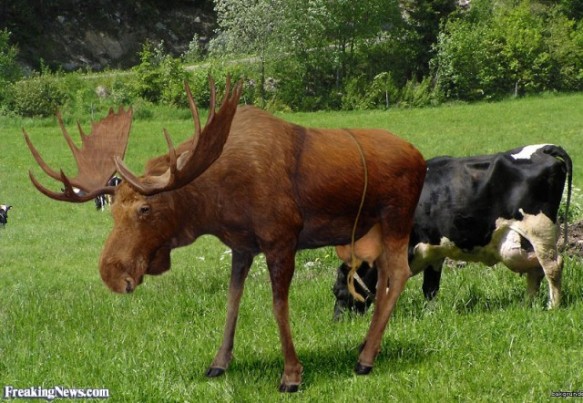 Moose and Cow (Image via Freaking News)
The townspeople tried to remove him in vain.
The harder they tried the more it was plain.
He watched his true love with adoring eyes
While she regarded him with mild surprise.
I've heard that those two are standing there yet,
As much in love as two species can get.
The moral of this story is simple and sweet -
Love may be found wherever two hearts can meet.

Photos via On the Old Path, Freaking News