Old Bird Still A Spring Chicken When It Comes To Procreation 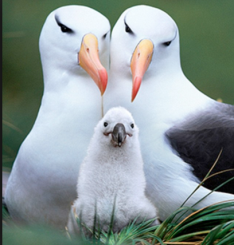 Humans have age limits as to what they can biologically accomplish during their lifetime. It's a fact that the ability to bear a child diminishes as females get older. However, the demography of motherhood has shown a shift over the centuries, as our average life spans have lengthened. While hundreds of years ago, women in their teens were encouraged to procreate, today's mothers are having their children later in life, after focusing on education, careers and other interests during their twenties and thirties.

Rajo Devi Lohan & ChildTo date, the oldest female on record to conceive a child is Rajo Devi Lohan, an Indian from the remote village of Hissar, India. At 72 in 2008, she became the world's oldest known first-time mother to conceive, after three rounds of (IVF) in-vitro fertilization.

Does any other species match up to this record? 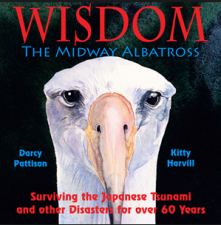 ‘Wisdom’ is a wild female Laysan albatross. She is the oldest confirmed wild bird in the world as well as the oldest banded bird on the planet. And added to those milestone achievements, this week she hatched her 40th chick at the ripe old age of 65, according to the US Fish and Wildlife Service.

At Midway Atoll National Wildlife Refuge in Hawaii, her nesting colony, which is part of the Papahanaumokuakea Marine National Monument, witnessed how the formidable Laysan albatross became a mother yet again.

Wisdom is not only known for her hatching prowess. This bird is an avid and strong traveler too. Experts say Wisdom has likely flown over 3 million miles since 1956 when it first joined Midway Atoll.

Bruce Peterjohn chief of the North American Bird Banding Program estimates that those journeys equate to about six trips from the Earth to the moon and back.

“She is now the oldest wild bird documented in the 90-year history of our USGS-FWS and Canadian bird banding program. To know that she can still successfully raise young at age 60-plus, that is beyond words,” says Peterjohn.

Biologist Chandler Robbins was the one to band Wisdom decades ago. Today, he still goes to work occasionally and has been able to visit this venerable mother and her spouse Goo, at the same nesting area they've maintained for the last 46 years.

But who knows, for all the long-distance flights Wisdom has been known to travel in her lifetime, perhaps one day she will visit Rajo Devi Lohan’s village in India to meet both her and Naveen, Rajo's now 6-year old daughter. Seems almost fitting, don't you think?

Loving These Wild Bird Roosting Pockets From Lantern Hill
Hummingbirds And Chewed Gum Are Not A Good Combo -- The Stuck Animal Video Of The Day!!!
Comments