No Tortoise Left Behind - Goode Man To The Rescue

While George Bush's 'No Child Left Behind Act of 2001' is still controversial as it applies to disadvantaged grade-school students. Its central premise is important not only for the classroom, but also in the wild, where certain animals are viewed more for their body parts than their livelihoods.

While tortoises have been roaming the planet for over 200 million years, it may be within our lifetimes we actually witness their extinction. According to a recent 60 Minutes expose' conducted by Lesley Stahl, "not since the dinosaurs disappeared, have animals been going extinct as fast as they are now."

Like elephant tusks and rhinoceros horns, the hard shells of tortoises have become the target of a booming black market animal trade. Illegal poaching is "raging out of control" and pushing radiated and ploughshare tortoises to the brink of extinction, according to a statement from the Wildlife Conservation Society (WCS).

It may be too late to save some of them, but for a fortunate group of others, they have found an unlikely protector in a philanthropist, named Eric V. Goode.

Eric V. GoodeWhile success came quickly in life for Mr. Goode, he has not taken his good fortune lightly, as he has made significant strides in helping to save this endangered species, one tortoise at a time. As a bit of a Renaissance man, Goode has covered a wide range of professions over the years. While he has distinguished himself as restaurateur, hotelier, artist, filmmaker, he perhaps today is best known as a conservationist.

In his youth he spent countless hours hiking throughout the California's back-country seeking out snakes, lizards and turtles. He credits his parents for introducing him to what would become a lifelong passion when they presented him with a Greek Tortoise for his sixth birthday.

At the age of thirteen, he was invited to work as a research assistant in the field with renowned herpetologist and UC Berkeley Professor Robert C. Stebbins, and in the early 1970s Eric was one of the founding members of the Bay Area Turtle & Tortoise Club.

Today Goode is the founder and president of the Turtle Conservancy and was interviewed by Leslie Stahl in Madafascar on a recent episode of 60 Minutes. Goode spends approximately $1 million a year to save these tortoises in places like Madagascar, where he says numbers of plowshare tortoises in the wild may have dwindled down to just a precious 300.

Think about it - if the tortoises have been around for over 200 million years, they are one of very few species to have actually seen the dinosaurs come and go. Let's not make their plight the same as those prehistoric creatures.

Donate to help save tortoises and freshwater turtles worldwide. All of the Turtle Conservancy's administrative expenses are paid by a few private supporters and the members of our Board of Directors, so 100% of your donation will go directly to support the Turtle Conservancy’s conservation work.

There are many ways to help the Turtle Conservancy, including gifts-in-kind of equipment and supplies, gifts of securities, and remembering the Conservancy in your estate plans. Donations can be made here. 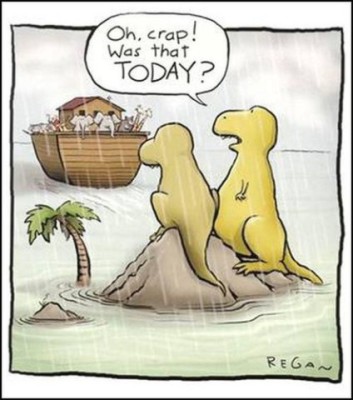 Animal Videos of the Day
Conservation
Creatures
News Stories
Pet Safety
Rescue
Tortoises
What Are Toroidal Vortices? The Animal Video of the Day!!!
Someone's At The Door! The Animal Video Of The Day!!!
Big Bird Of Africa Takes GoPro Camera To New Heights
Black-Throated Bushtit With The Funny Name
Comments