No Coat, No Shoes, No Service: IKEA Monkey To Stay At Primate Sanctuary Indefinitely

Darwin the IKEA Monkey won't be reunited with either his human “mother” or his fashionable custom shearling coat, now that a Toronto judge has ruled he must spend the rest of his days at the Story Book Farm Primate Sanctuary. 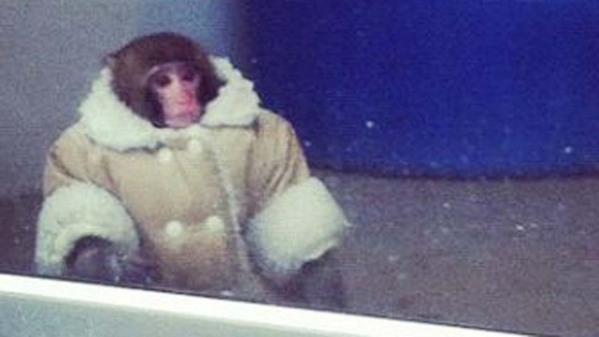 The Japanese snow macaque became somewhat of an internet phenomenon back in December of 2012 when surprised shoppers at a Toronto IKEA store posted photos of the monkey seemingly unattended... and wearing a snazzy shearling coat cut down and customized to fit his tiny frame.

It seems Darwin somehow escaped owner Yasmin Nakhuda's vehicle while she was shopping and Toronto Animal Services was called to “detain” the monkey by concerned IKEA staffers. 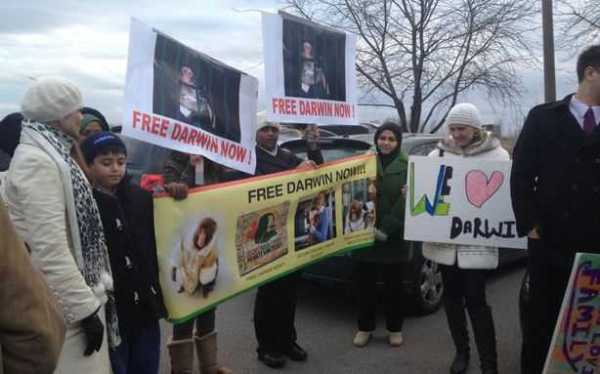 Since then, Darwin has spent his days at the Story Book Farm Primate Sanctuary while a distraught Nakuda has been exploring every possible legal means of retaining control and custody of the monkey. Perhaps she should have tried a kangaroo court, just sayin'.

The main sticking points have been (a) the City of Toronto prohibits the ownership of exotic pets and (b) a 1917 Ontario Court of Appeal case established the legal precedent that wild animals are owned only while they are in the possession of the owner. This could mean in a cage, on a leash or behind the owner's fenced property. Darwin's solo stroll around the IKEA parking lot effectively removed him from such caveats. 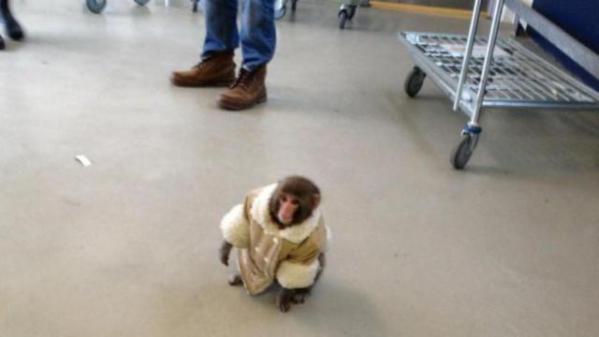 All of this notwithstanding, Nakhuda has been appealing the almost year-old decision to assign Darwin to the primate sanctuary, offering to move with him out of Toronto and appealing to the judge's sense of pity because the monkey was like a child to her.

Things finally came to a head on September 13th, 2013 when Ontario Superior Court Judge Mary Vallee laid down the law in a 13-page decision. “The monkey is a wild animal,” stated Vallee. “Ms. Nakhuda lost ownership of the monkey when she lost possession,” which exactly reflects the provisions of existing law as previously described.

It probably didn't help Nakhuda's case when she admitted she originally bought Darwin from a “shady exotic animal dealer” for $5,000 and that she feared the primate would bite her once his adult teeth grew in. At least most real parents don't have THAT to worry about.

As for Nakhuda, she's left with her memories of the good times she shared with Darwin and the tiny shearling coat he was wearing on his final public outing. Expect to see it on eBay any day now. (via BBC, FOX News, Atlantic Wire, and Toronto Star)