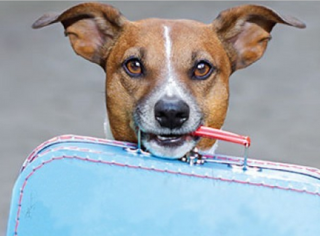 Representative Jeff Denham, this bill has still not become law. If passed, it would allow passengers to transport domesticated cats or dogs on certain  trains in the U.S..

The good news: Just this past week, absent of this legislation, Amtrak announced it is now letting all passengers bring their pets aboard trains on its Northeast Regional train.

Amtrak says it is starting the service October 12 after a successful launch in Illinois.

For a $25 surcharge, one small cat or dog will be allowed in an enclosed carrier on trips of up to seven hours in length. The pet and carrier must be a combined weight or 20 pounds or less and be placed underneath the owner's seat.

Pets must be at least eight weeks old and be vaccinated. Advance reservations and check-in are required. Service animals will continue to be allowed at no additional cost. 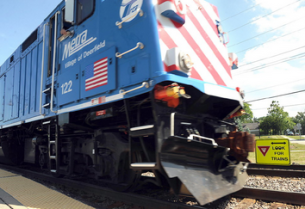 Concurrently with Amtrak’s decision to allow pooches to jump on board, small pets in carriers are allowed to join their owners on Metra trains in Chicago.

However, this is a test pilot program following a previous initiative started back in June that allowed pets on the train’s Rock Island District trains (up until early October)

So going forward, commencing on Oct. 10, all of Metra’s weekend trains will allow riders to bring their pets on board in carriers. The program will run through Jan. 31, 2016, at which time Metra will reevaluate whether to continue it. Metra says there was strong support for the initial program by Rock Island riders during the first wave of the pilot.

Under its new pet policy provision, Amtrak passengers will now be able to take advantage of the service on the Boston to Lynchburg, Newport News, and Norfolk, Virginia, on the Northeast Regional service lines, as well from Boston to Brunswick, Maine, on the Downeaster route.

Who needs the government?

As far as that Act of Congress, since the U.S. came close to a shut-down recently but only kicked the can down 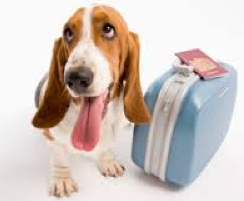 road till December for another vote, its doubtful Representative Jeff Denham’s bill will see the light of day any time.

So, it’s encouraging to learn the private sector doesn’t need legislation to make some proactive changes where pets are concerned. Kudos to Amtrak and Metra trains for making this happen!