After his image on Mount Rushmore and the "Teddy" bear named for him, the memorial to Theodore Roosevelt at the American Museum of Natural History in New York may be the next most iconic tribute to this memorable president. The newly renovated Theodore Roosevelt Memorial Hall was reopened to the public on October 27th, coinciding with the anniversary of President Roosevelt's birthday. The renovations took three years and cost $40 million dollars to complete, and include a new exhibition dedicated to Roosevelt's various achievements -- as a statesman, a soldier, and a naturalist. 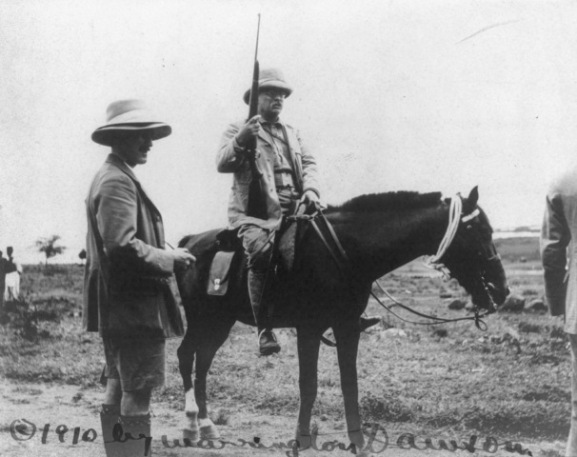 Roosevelt riding a horse and carrying a rifle

Roosevelt was an avid hunter as well as an environmentalist, and he was a scientist and explorer who donated many animal specimens to the museum, which his father helped found. His relationship to animals was complicated, but in celebrating Roosevelt, the memorial especially lauds his conservation efforts. As President, he created five national parks, four game preserves, and 51 bird refuges. He also created or expanded 150 national forests.

According to  curator David Hurst Thomas, "During [Theodore Roosevelt]'s presidential and post-presidential career, his crusade to save the American wilderness left an indelible legacy, and our new exhibition tells the story of his role in preserving our natural lands for all species -- including humans." 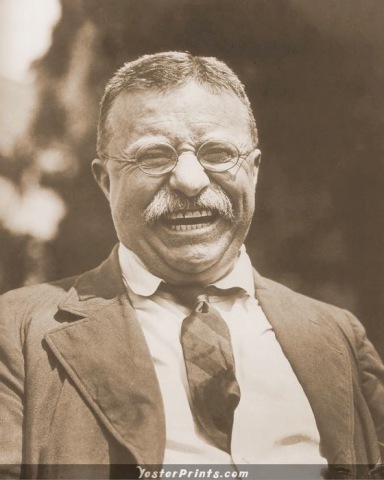 The reopening of the Theodore Roosevelt Memorial Hall kicks off a year-long series of museum  programming honoring his legacy and striving to inspire contemporary conservation efforts.

Runaway Cow Hooks Up With Herd Of Bison

Poachers Poisoned 300+ African Elephants With Cyanide For Their Tusks!
Comments