It's good to be the rat.  At least in New York City, where pet rats are
the latest hot trend in pets. This past weekend, New Yorkers
even held a rat fashion show, with couture gowns and tuxes many humans would love to wear - in their sizes, of course.

Not at all new to the rat race, 425 New Yorkers even formed a rat meetup group.  And recently, The Fancy Rat Convention held its first rat runway show with rat models in designer Ada Nieve's fancy handmade rat clothing.  On the ratwalk was Rat Lily modeling the latest bridal dress (June is here now!). 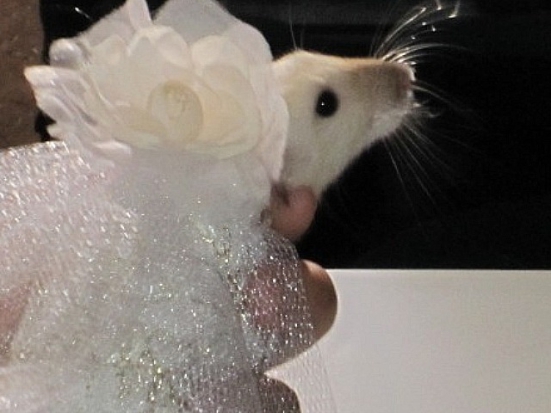 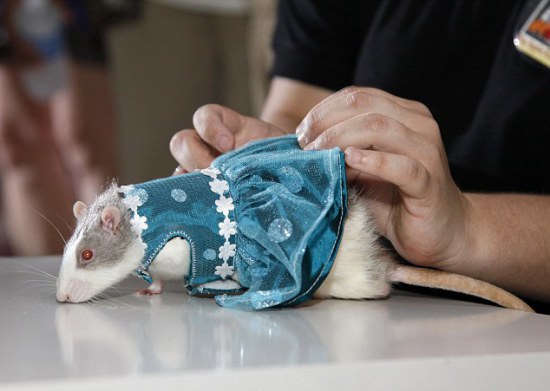 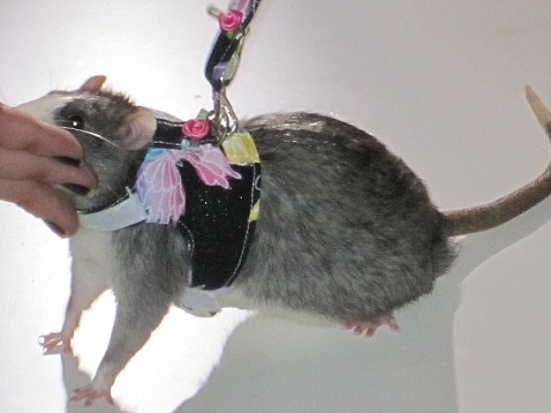 There were even designer rat cages with rat hammocks and toys... 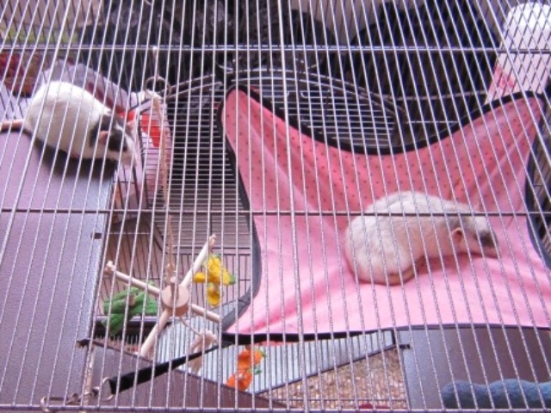 It's a real rat race out there... It's good to be home: Photo by Tim Gorta/DNAinfo.com

Ada Nieve's couture was a big hit, of course. The well known dog fashion designer talks here about the special fashion needs of the rat.

Rats are very smart and can be easily trained - just ask your local medical researcher.  But then, you have to stop and think....

These pet rats come from breeders, not from the streets of New York where rodenticide is a top priority of the city. Yes, I understand the rationales for both, but they just don't seem to add up.