Slime: what is it good for? Absolutely nothin'!

Not so fast. Scientists have recently discovered how to harvest hagfish slime and spin it into threads.
As it turns out, there are some very useful applications for one of
nature's grossest substances. Hagfish slime just might revolutionize the
worlds of medicine, manufacturing, and even fashion.

Here we have the humble hagfish: 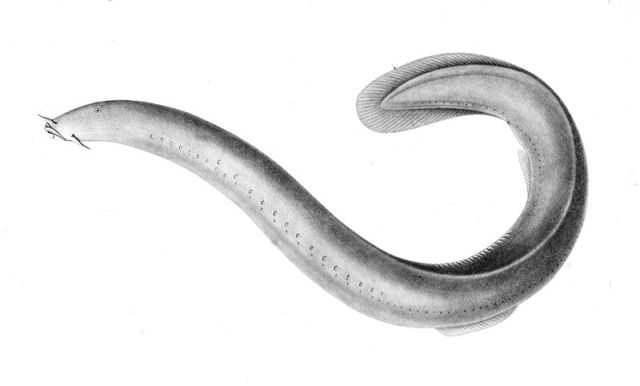 This homely creature has a unique defense mechanism: when threatened, it slimes its attacker. The slime it produces can gum up a predator's gills, leading to suffocation, or at least a substantial slowdown, while the hagfish gets away. Here's a video of a hegfish being induced to emit its slime:

Scientists at the University of Guelph in Canada have been harvesting hagfish slime to study its properties. Earlier this month, the team announced that they had devised a way of spinning the slime into threads. These threads could be used to create super-strong silk-like fabrics.

Research on possible uses of hagfish slime continues. Other possible application include the manufacture of petroleum-free plastics and the creation of flexible biomedical tissues.