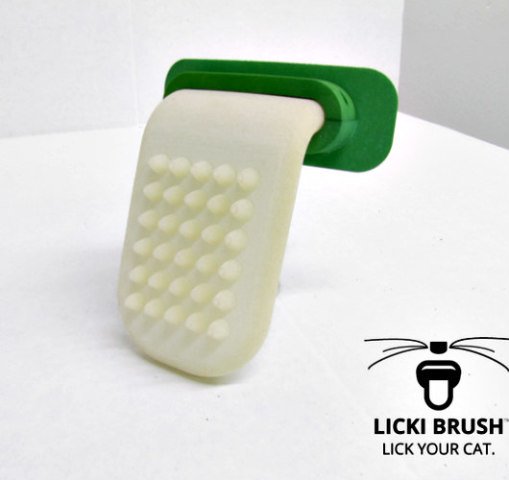 New Cat Grooming Tool 'Licki Brush' Lets You Lick Your Cat Clean: Cat owners have something to look forward to

Just when we think we’ve seen it all something else comes along to astonish us. This time it comes in the form of a new product/invention that allows cat owners to lick their pets clean — no lie. A new Kickstarter campaign with a device called the Licki Brush is trying to garner support from cat owners who want to feel closer to and somehow derive a sense of bonding with their felines with a product that they can now purchase and use in the privacy of their own homes — hopefully.

Cats are their own groomers and come with a built-in tool just for that purpose; it’s called their tongues. Yes, those tools get bogged down from time to time, just like an ordinary brush, and the end result is often fur balls being gagged up, but the Licki Brush thankfully allows humans to avoid that same fate. The instrument has a bit that cat owners can place between their teeth and groom or lick away to their heart’s content with the rather obscene nubbin covered tongue that protrudes from the other end. 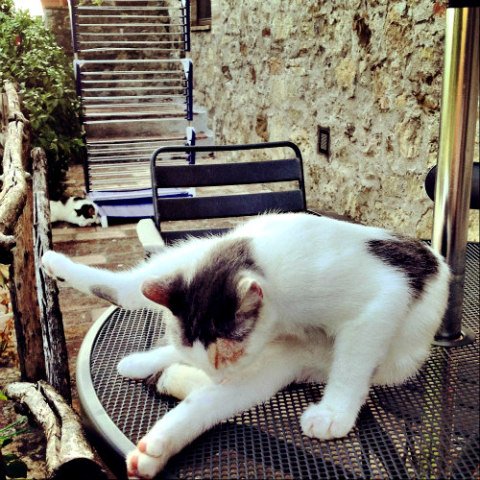 So, what would possess anyone to want to do this? Good question, unfortunately there are no real answers anyone can supply except maybe feline fanatics. So far, they haven’t weighed in, but perhaps someone will do that here at the bottom of this article to help enlighten the rest of us. It seems, at the very least, a highly unusual practice, but each to his own. No judging here, but as much as I love cats I can’t imagine feeling the need to go this route when a perfectly good shedding comb can be employed for the task.

While cats may be their own best stylists, they can carry zoonotic diseases, which could potentially be transferred to humans. This is especially true for people with “immature or weakened immune systems, such as infants, individuals with acquired immunodeficiency syndrome (AIDS), the elderly, and people undergoing cancer therapy,” according to Cornell University College of Veterinary Medicine. This can happen when coming into contact with saliva or feces, either of which could potentially be on their fur. 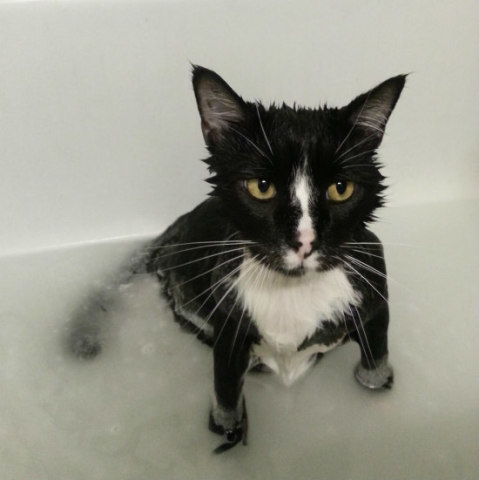 Why Bathe Your Cat When You Can Lick it Clean?: Say goodbye to cat baths

The possibility is fairly remote, but it can happen, and dragging your fake plastic tongue with your face an inch or so away from their fur with your mouth partially open doesn’t sound like the best of plans, even for people not skeeved out by the idea of licking their cats clean. Licki Brush’s tagline is “Have you ever wanted to lick your cat? Now you can. Without the furballs.” Their theory is that because cats groom each other as a form of social bonding and that theoretically they view and treat their owners as large cats, as a human being you're being “left out of the intimate licking ritual” if you don't respond in kind.

Many people would rather be left out of that equation, but that’s probably not the case for some folks. In fact, the number of people who don’t feel that way may surprise the rest of us. In the spirit of each to his own, now cat owners who march to the beat of their own drum can visit the Kickstarter campaign and show their support for the Licki Brush by backing it with a pledge. Backers will receive as their reward one early bird Licki Brush, first-in-line shipping, a chance to be a part of the change in the cat grooming landscape — their words, not mine — and an invite to be on Licki’s hall of fame Webpage. With perks like these, who could turn it down?

If you said you, then maybe the Crazy Cat Person Pack that includes 10 Licki Brushes will change your mind . . . or maybe not.

Minimal Space? We've Got Just The Cat Trees For You!