Justin Gershenson-Gates uses his Mechanical Mind to create designs, sculptures, jewelry and maybe even new species! His animal art pieces are minuscule masterpieces. This first animal image is a creature from Gates' own imagination, inspired by characteristics of multiple animals. 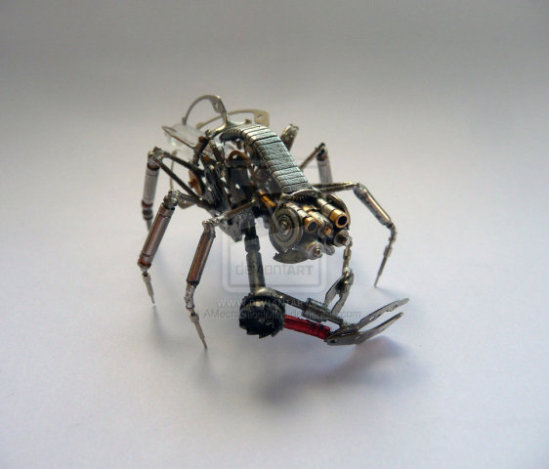 Crab Creature by Gates: This creature art is inspired by fiddler crabs, monkeys, grasshoppers and more according to Gates.

Look at the above image and compare it below with some reference for scale. Now, tell me you are not impressed! 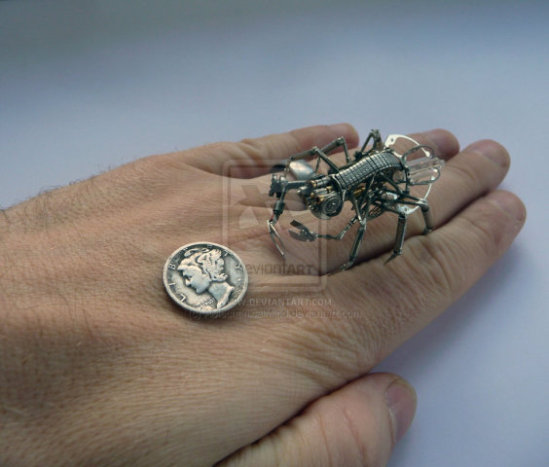 The legs of these spider designs below are made of up 48 different watch parts, dead automotive light bulbs, and soldered together into a very fragile, very beautiful piece of animal art. 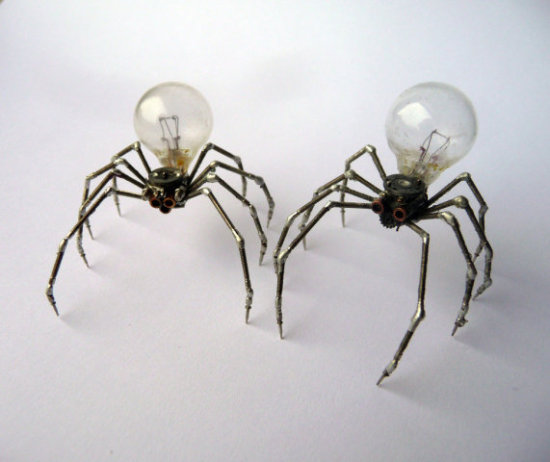 Spiders numbers Five and Six by Gates: Greetings and salutations! These spiders are barely larger than the real thing. Spider art by Gates.

One of the most fascinating series Gates made out of his salvaged watch parts are the bird art designs he has invented and formed into a unique kind of jewelry. There are more examples of this on his gallery, and are also available on his personal website for sale if you like them. 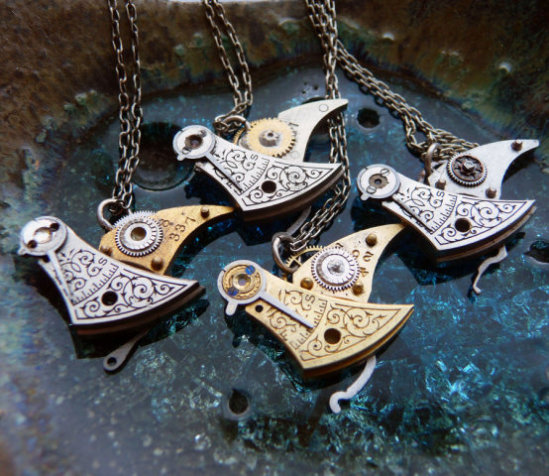 The Birds by Gates: A flock of mechanical birds designed by Gates

This dragonfly art is only 37 millimeters wide and only 27 millimeters tall. Gates used brass gears for the wings and a watch plate with a winding stem as the body, with small ruby watch gems for eyes. 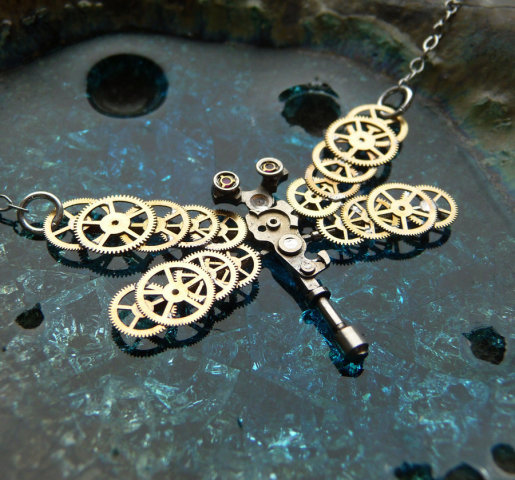 Mayfly by Gates: Gates has made several dragonfly art pieces, but no two pieces from Gates are exactly the same. 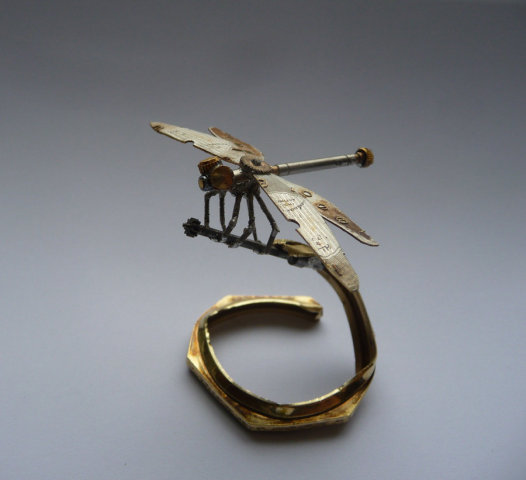 Clockwork Dragonfly by Gates: A diminutive dragonfly design of Gates'. 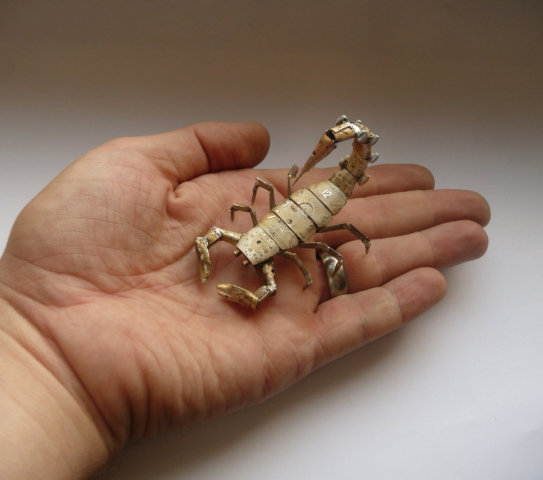 Scorpion by Gates: One of a kind piece of animal art by Gates.

Be sure to check out Justin Gershenson-Gates' gallery and personal page, and comment below on if you would like more of this kind of animal art featured. Thanks for reading!

Valentines Are For Ravens, The Avian Romantics (w/video)
The Tiger In The Jungle Song! The Animal Video Of The Day!!!
Comments