Multilingual Parrot Has Gift Of Gab In Three Languages

Blue-fronted Amazon parrots are well known for their intelligence and
being quite the chatterboxes. For Rocket, a parrot in England,
linguistic skills seem to be a particular talent. He is able to speak in
three 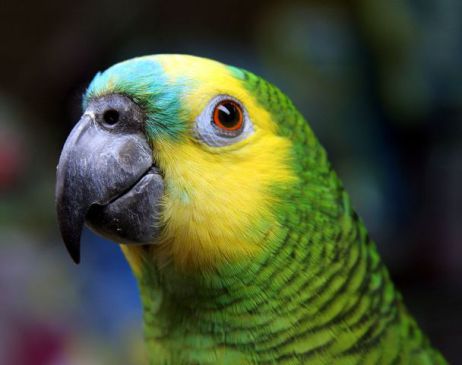 Blue-Fronted Amazon Parrot (Photo by Matthew Watts/Creative Commons via Wikimedia)languages -- English, Urdu, and Arabic. His talents don't stop
there, though, he is also accomplished at speaking cat and chicken.

When Rocket first came to live with Ehsaan Mahmood two years ago the only thing he could say was hello. Now the bird is able to wish passers by assalamu alaikum -- peace be with you in Arabic. He is also able to recite the Islamic declaration of faith.

He picked up his meow from fellow pet, Cappuccino, the cat, and his cluck from the family's 11 chickens. 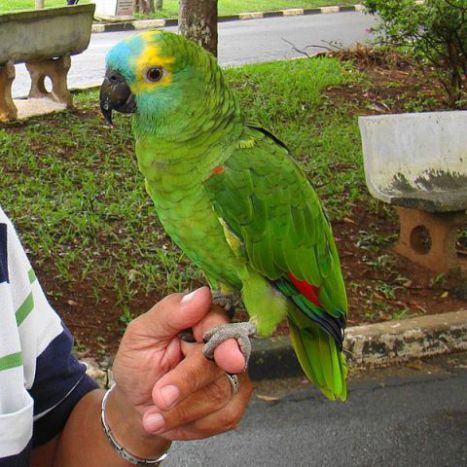 Blue-Fronted Amazon Parrot (Photo by papagaio parque ceret/Creative Commons via Wikimedia)Rocket especially loves it when the weather is nice and Mahmood puts his cage in the yard. When Rocket is in a chatty mood he can pull quite a crowd, especially among the neighborhood children.

Perhaps the most unusual part of Rocket's speaking ability is that he speaks English with a Pakistani accent -- just like his family.