It was a dark and stormy night is considered a trite and cliché way to
start a story, but in this case that is how it started. That was the
night that Alexandra and Colin found a dark bit of baby rat in the alley
next to their apartment building in Hong Kong. The tiny creature was
near death and they realized that they couldn't just leave him to die.

When they took him into their apartment Colin looked around and found an old classic blue box from Tiffany's to be a little bed for the soggy little rodent. It was from this box that he gained the name Tiffany, which later became Mr. Tiffany, and finally Mr. T. 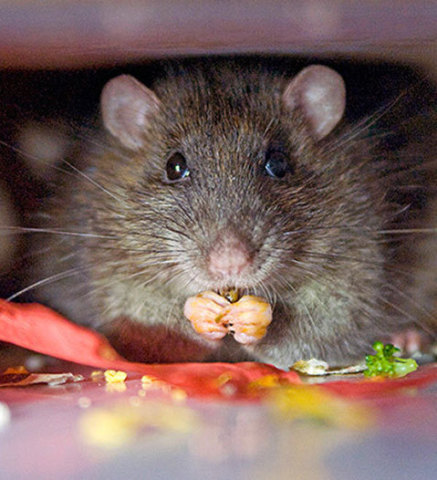 Little did they realize that they had taken in a stranger that would change their lives -- including their relationship as they were just three months from their wedding. He transformed two career-driven people into parents and homebodies. Instead of going out to dinner they would opt for a meal in so that they could spend more time with him -- and thereby each other. They found themselves celebrating each moment of his recovery and development as though he was their child. Any thoughts they had harbored of retuning him to the streets began to dwindle.

Colin built Mr. T his own five-story condo out of chicken wire and wood. Alexandra furnished it with the cushions from the couch Mr. T had kindly destroyed. The rodent immediately began redecorating by strategic shredding and re-stuffing. He selected random items from around the apartment and dragged them into his condo to fill out his idea of perfect decor. 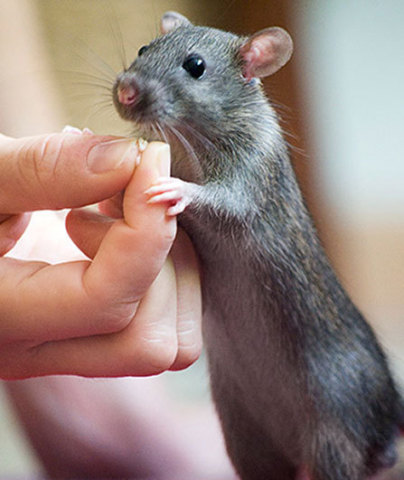 The human pair started hiring a rat sitter when they had to be away. They put together a manual on how to take care of Mr. T that was nearly an inch thick. At parties they would match their friends' tales of their children with their own rat stories. Their love of the little fur ball was deep and complete.

Rats in the alleyways of Hong Kong live maybe a year. Rats in captivity live three times as long. Either way Alexandra and Colin were facing a short relationship and the impending demise of their darling pet. When he reached the age of two he began showing signs of slowing down. He developed a large tumor that they found a surgeon to remove. Then he lost the use of his back legs, but still managed to get around dragging himself with his front paws. Then one night Mr. T struggled to breathe. There was no help for him this time and he died cupped in Colin's hand, surrounded by an amount of love rare for rats.

For such a small animal, Mr. T left some pretty big footprints on the earth -- and the hearts of two people who learned much from him. They learned how to make room for each other in the midst of busy lives as they had learned to make time for him. They discovered what kind of parenting skills they possessed. Most of all they discovered just how much love they were capable of.

They had Mr. T cremated and scattered his ashes in the park next to their apartment building to return him, with gratitude, to his own kind.