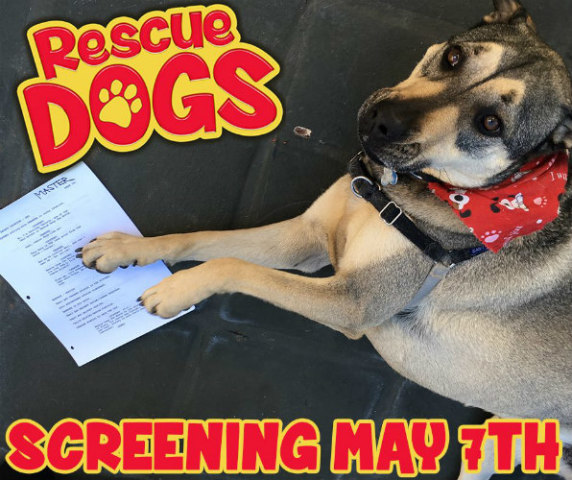 As movies go, most of them are just mindless entertainment, which is what a lot of people pay for, anyways. A lot of folks aren’t looking to be enlightened, they just want to be entertained and taken out of their own stressful or dreary lives for an hour or two or even three. The big screen serves more as a diversion than anything else, but sometimes a movie comes along that captures our imaginations and makes us feel good inside. That’s the potential of a new movie entitled Rescue Dogs The Movie. It’s a family flick that everyone can enjoy.

Rescue Dogs The Movie tries to bring awareness to the subject of animal rescues. Lead actress and producer Courtney Daniels teamed up with animal welfare groups located in over 20 U.S. cities to help organize simultaneous pet adoptions at each of the red carpet movie premieres when the film recently debuted. In all, over 100 pets were successfully placed for adoption as a result of their efforts. How often do you go to see a movie and come home with a pet? But it all makes sense because that’s the movie’s focus. As it happens, everyone involved in the movie is an animal lover and an advocate of pet adoptions. 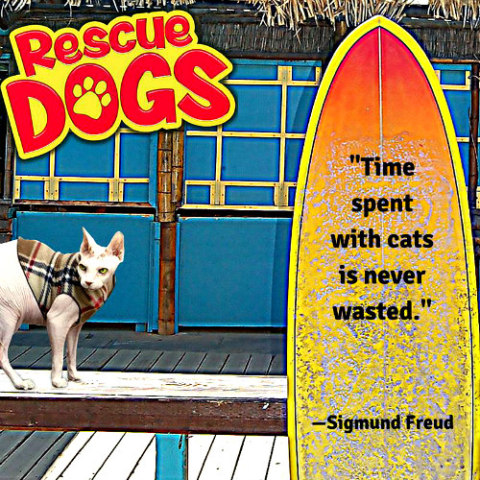 Not only did Daniels have her moment in the sun, but the real star of the show was played by her own rescue dog, Baron. Baron takes on the role of Charger, the film’s lead canine, but all of the other animals in the film are also rescued pets, including Hambone the hamster and Apollo the hairless cat. All of them were fortunate to find their way into forever homes and out of the facilities they were languishing in, including a kill shelter in Georgia. Hambone, as it turns out, was found nestled in the West Los Angeles Animal Shelter’s “pocket pet” room, a place most of us don’t even realize exist within shelters.

The plot of this touching yet funny film boils down to this: Charger and his owner have to upend the plans of a bad guy who’s bent on knocking over their small beach restaurant in order to build a golf course for profit. With help from his hapless brother, Charger’s owner tries to pay the bills, manage the restaurant’s kitchen (where viewers get to see Charger cook) and woo a beautiful dancer named Bridgette (played by Daniels). Through a series of hysterical mishaps the humans find that just like in real life they can be rescued by the animals they, themselves, have rescued.

Besides wanting to raise awareness on the subject of animal adoptions and rescuing animals in need, the group behind this important project is hoping to encourage animal welfare organizations everywhere to perhaps host a screening of the film in their own cities to continue to benefit animals in need. If you belong to an animal organization yourself, here’s your opportunity to get involved right now and help in a new and unusual way. For more information, visit tugg to see what you’d have to do to make it happen.

Dog Overalls Are For Dogs Overall