The Moutain Lions And The Mobile Home Park

Mapleton Mobile Home Park in Boulder, Colorado, is normally a quiet and
peaceful place, but these days the residents are more than a little
unsettled. Monday night two young mountain lions had made their way from
the foothills more than a mile into the city. One of the cats escaped
the Colorado Parks and Wildlife rangers hunting the pair and is still on
the loose. 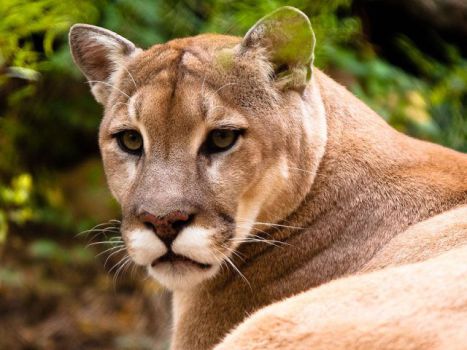 One of the big cats was spotted at around 8 p.m. in the area of a back yard hot tub. With daylight diminishing the rangers were unable to capture the animal and drove it away from the buildings. They plan to trap and tag the animal later on.

The second mountain lion was spotted later that night near Mapleton Avenue and 26th Street in the area of the main entrance to the mobile home park. This lion had killed a house cat and showed no fear of humans so the rangers had to shoot and kill the animal.

Residents of the mobile home park were notified by the homeowner's association and park management to exercise caution when outdoors, and to keep small children and pets indoors. Jyoti Wind, a resident of Mapleton Mobile Home Park, told Petslady that she chose to forgo her usual evening walk due to concerns over the whereabouts of the remaining lion.

The city of Boulder is known for its abundance of wildlife due to its location against the foothills of the Rocky Mountains. Deer, rabbits, foxes, and coyotes, among other animals, live inside the city with the human population. Bears have become increasingly common visitors to the city. As for mountain lions, one of the residents of the mobile home park pointed out that where there is prey you will eventually get predators.

Cats
News Stories
Wildlife
The Humane Side Of Hurricane Harvey
10 Best Indoor Plants For A Life With Pets
Pro Pet Tip: Why Does My Cat Miss The Litter Box?!