A California man went to Uganda to visit their native mountain gorillas as part of his 60th birthday celebration, and they were just as thrilled to see him!

Mark David has always wanted to meet gorillas in the wild, so his family took a trip to Uganda’s Bwindi Impenetrable National Park to live out one of his dreams. Two hours into their rainforest hike, they discovered a family of 12 mountain gorillas and they took their sweet time observing the fascinating animals. 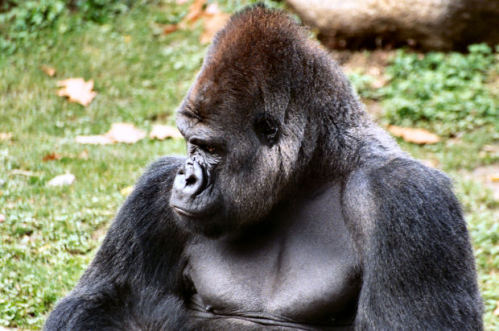 After Mark and a large gorilla exchanged glances, the ape walked up to him, blew into his ear and gave him a peck on the cheek before dashing back into the bush. While Mark claims that he wasn’t afraid of the curious gorilla, his family sure was! The gorillas continued to watch and play around the David family through their picnic lunch of bananas before they waved goodbye and headed out for another two-hour trek out of the jungle.

That must’ve been an amazing adventure, and I can’t say that I’m not a little jealous! After all, I always have a family of Western lowland gorillas to hang out with at the Jacksonville Zoo.

Mountain gorillas are a highly endangered ape species with around 700 individuals living in Uganda, Rwanda and the Democratic Republic of Congo. Adults can weigh between 300 and 485 pounds and they stand between four and six feet tall. As huge and strong as mountain gorillas are, they consume a strict vegetarian diet of shoots, bark, fruit, wild celery, roots and other plant matter. 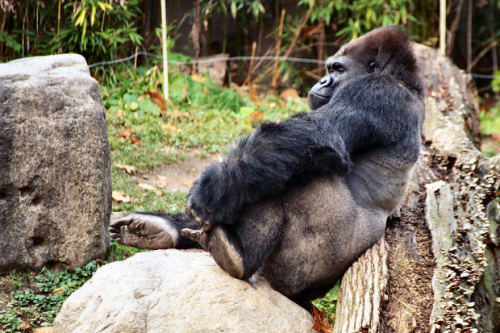 Masked House Raider Just Wanted To Use The Bathroom