The term "to ape someone" originated from monkeys mimicking the behavior of humans. But are there any behavioral characteristics that comes natural to the species closest to man? 'Fair Play,' for instance was considered a uniquely human trait, where monkeys were viewed as selfish.

It's been long assumed when chimpanzees are presented with a reward, instinctively they are motivated by their own individual wants and desires versus working collaboratively with their fellow chimps. That was until a team of researchers at the Yerkes National Primate Research Center from Emory University proved otherwise.

Working with colleagues from Georgia State University, the behavioral scientists played the Ultimatum Game with the chimpanzees to determine how sensitive the animals are to the reward distribution between two individuals, if both need to agree on the outcome. 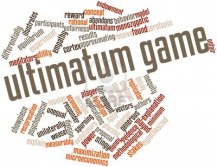 In this recent study, researchers tested 6 chimps for fairness using the Ultimatum Game. And for the purposes of direct comparison, the scientists also carried out the same research on 20 children aged between two and seven-years-old.

They discovered that both groups' responses were similar to those of an adult human; i.e, if the partner’s help was required, they would choose to split the reward equally. 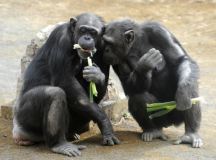 Co-author Frans de Waal, PhD, adds, "until our study, the behavioral economics community assumed the Ultimatum Game could not be played with animals or that animals would choose only the most selfish option while playing. We've concluded that chimpanzees not only get very close to the human sense of fairness, but the animals may actually have exactly the same preferences as our own species."

So while the monkey is still not as evolved as humans, it's curious to think that our sense of 'fairness' might have been a genetic gift handed to us by our fellow species as we surpassed them, climbing the evolutionary ladder. Your thoughts, readers? 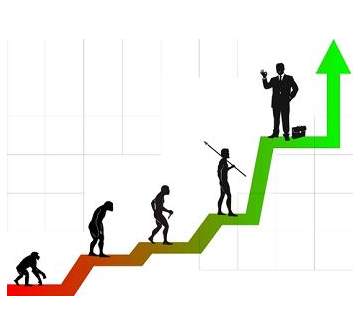 PetsLady's Pick: Happy Monkey In The Snow Of The Day

Are Humans The Only Species That Votes? The BONUS Animal Video Of The Day!!!