Michael Vick’s ‘Vicktory Dogs’ are ‘The Champions’ In New Documentary 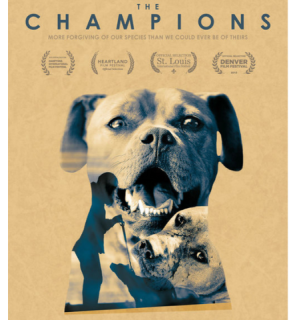 fighting matches of 2007 -- even though he was caught and pleaded guilty to animal cruelty charges. One has to only wonder why he wasn't brought to justice sooner as surely the name: ‘Bad Newz Kennels’ should have been a tip-off to the authorities.

But what's transpired since?

While Vick was imprisoned 18 months for racketeering, he served no time for his participation in the beating, drowning and electrocution of under-perfuming pit bull dogs. And when released from prison, to add insult to injury, he later became the recipient of the Ed Block Courage Award and the BET (Black Entertainment Television) Award for Subway Sportsman of the Year.

His Dogs have not been Forgotten

Fortunately, his dogs persevered and have not been forgotten. And their story (before, during and after) will get the attention it deserves in a new film, titled, ’The Champions.’

The documentary answers the questions on the minds of many.  Should they have been killed? Could they be rehabilitated? Could they ever be adopted? While some thought they were too damaged or dangerous, others were vigilant in their belief that these were lives that could and should be saved.

Of the survivors, 10 of the more adoptable dogs went to BADRAP in California, while 22 of the most traumatized dogs went to Best Friends Animal Society in Utah where they started over in new lives. Today, they are proudly known as the Vicktory Dogs.

The  documentary created by Darcy Dennett just made its world premiere over this past week at the Hamptons International Film Festival (HIFF), which for the first time ever featured a “Compassion, Justice & Animal Rights” program for filmmakers who want to share stories that will change the world and, hopefully, our relationship with animals for the better.

It follows several of the dogs, from the time they were first rescued through their adoption. It is not just about the dogs themselves, but how they change and inspire the people who come into their lives.  It also follows-up with six dogs who remain as BFFs to this day, and hopefully for 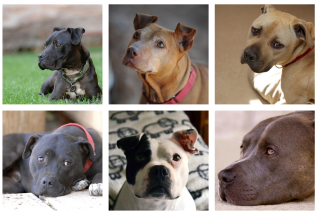 Thanks to this film, dozens of the dogs who would have summarily been killed were given a second chance to prove that even fighting dogs rescued from the most extreme circumstances can be successfully rehabilitated with love, time, and patience -- and that in fact, what many of these dogs really needed to thrive wasn't just rehabilitation, but the mere passage of time to recover.

Yes, what happened to them at the hands of Michael Vick was a travesty. But more importantly, what this film is doing to shed light on this horrific experience will hopefully send the message that nothing like this should ever happen again.

Dogs
News Stories
Older Dogs and Cats
Pet Safety
PetsLady's Pick: Funny Popcorn Pusses Of The Day
Where The Pets Are... And Other Stats Released By Vet Association