Meet Chesty, The Latest In A Long Line Of Marine Bulldog Mascots

Last month a young English bulldog puppy named Chesty was moved into
his new home at Marine Barracks Washington, D.C. He is just the most
recent dog in the line of the few, the proud, the Marine mascots. He'll 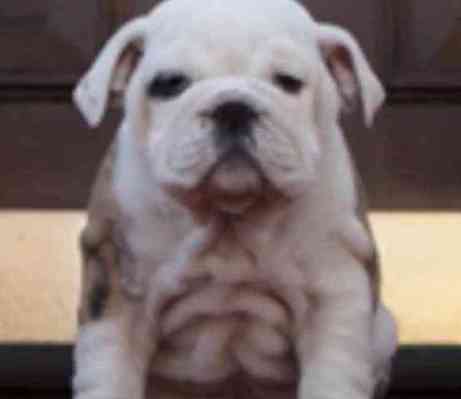 The Latest Chesty (You Tube Image)be doing more before 9 a.m. than most dogs do all day. Recruiting clichés aside, Chesty is now part of a Marine Corps tradition that dates back to 1922.

Back then Major General Smedley Butler introduced the first English bulldog mascot, Private Jiggs. He resided in the Marine Barracks in Quantico, Virginia. Jiggs eventually reached the rank of Sergeant Major. Since then it has become something of a tradition to name each of the dogs Chesty after Lieutenant General Lewis "Chesty" Puller. 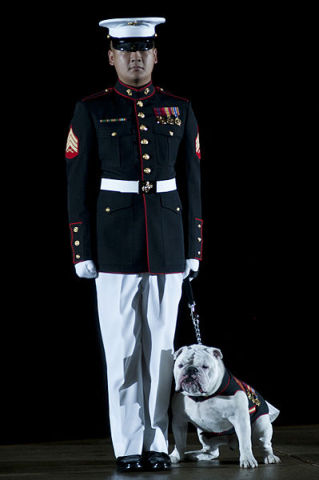 The Previous Chesty, USMC 2012 (Public Domain Image)The origin of the dog as the Marine mascot is supposed to have originated during World War I when the German army was said to have referred to the U.S. Marines as "devil dogs" because of how ferociously the Marines fought in the Battle of Belleau Wood. There is some dispute over this story, but be it truth or legend it still has a nice ring to it.

The new Chesty must still go through obedience boot camp before he takes on his official duties. These duties will include attendance of daily parades, and doing some meeting and greeting at ceremonies and functions in the area. There is no doubt that this adorable little guy will also be out and about for those many photo ops.