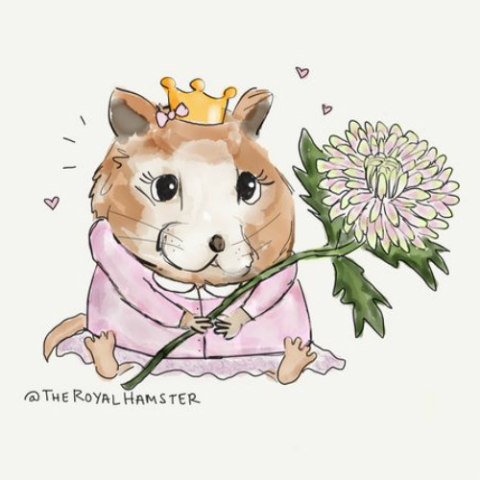 It seems the whole world is enamored with the British Royals, so much so that the phenomenon is often referred to as Royal Mania. The majority of the interest is centered around the younger set, and understandably so. They’re all tall, good looking, well dressed and lead relatively interesting lives traveling around the world. The Duchess of Cambridge in particular seems to have captured the imagination of the media, with her fashion sense and adorable brood. That’s where Marvin the royal hamster comes in.

The Duke and Duchess welcomed a daughter, Charlotte, last May, and her and her older brother George have seemingly stolen the hearts of everyone who’s ever seen them. Clothed in one adorable outfit after another and posing in royal portraits, the two are too cute to believe. Like most young parents, the royal couple decided to get their scrumptious offspring a small starter pet in the form of a hamster. How do we know this? Charlotte’s mom, Kate Middleton, spilled the beans to a nine-year-old girl in the U.K. that Charlotte really likes it "because the whiskers always tickle her face." 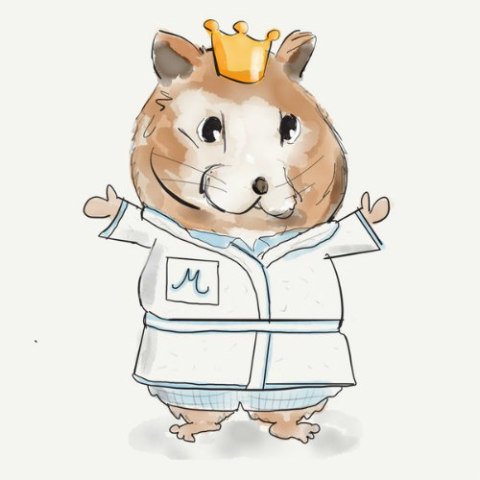 That’s all it took one enterprising illustrator on the other side of the pond to get cracking on a series of sweet images depicting Marvin, as she named the royal hamster, in any number of outfits inspired by the royals themselves. The doodler in question is one Christine Frazier, and she’s created the most adorable chubby cheeked little character you’re likely to see next to a Beatrix Potter illustration or E.H. Shepard’s work on The Wind in the Willows. Marvin is an out and out fashion plate that’s well on his way to becoming an overnight sensation.

Most children’s illustrations depict cute, fuzzy faced animals that are often partially clothed in threads of their own making. Marvin, on the other hand, is decked out head to toe in fashion replicas straight from the closets of Middleton, her two children, their uncle Harry and even the late Princess Diana. It seems Marvin is the type of well-dressed bon vivant that’s embracing his feminine side or just has a super strong sense of his own male identity, because Frazier often shows him in dresses and heels worn by Kate and Diana. The thing is, as a children’s cartoon-type character, Marvin can pull it off with considerable aplomb and panache. 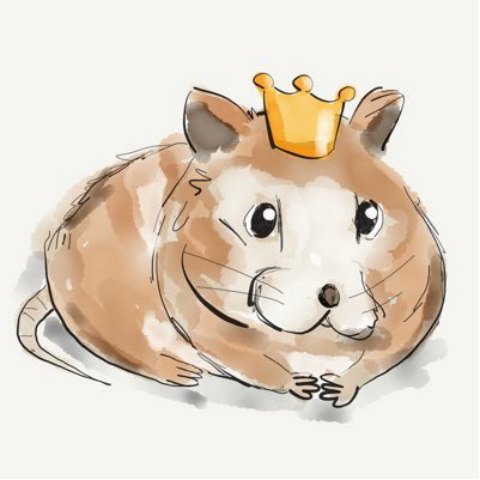 HRH Marvin the Royal Hamster: Marvin in one of his rare states of undress (image via @theroyalhamster Twitter)

Marvin even has his own Twitter account now with the user name @theroyalhamster. There you’ll find all of the cuteness you can handle on one page with a dozen or so of the illustrations depicting Marvin in his fashionable togs. Frazier will undoubtedly be adding to the images as she goes, and it’s anybody’s guess as to who else among the royals will have their closets pilfered for inspiration. Right now it’s just fun to see the jubilant HRH Marvin Hamster bringing a smile to so many faces around the world. Make sure and check him out on Twitter and follow if you’d like to be kept abreast of Marvin’s latest fashion choices.