This is Mr. Bagel, a pet mosaic chinchilla that has been taking Instagram by
storm -- a very cute, furry storm. He lives in San Francisco,
California, with his human family in his own multi-level luxury cage. As
a model and spokes-chinchilla he advocates for pet adoption and against
the use of real fur. 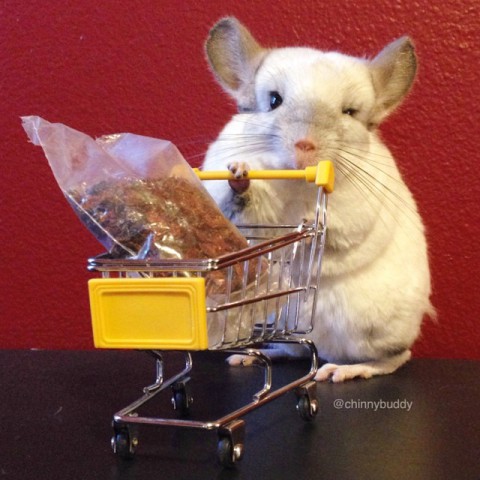 Chinchillas are indigenous to the Andes region of South America where they are considered critically endangered. Most chinchillas are now raised in captivity for their fur. Mr. Bagel is one of the lucky ones who ended up rescued. He is still wanted for his fur -- but as long as he comes with it. 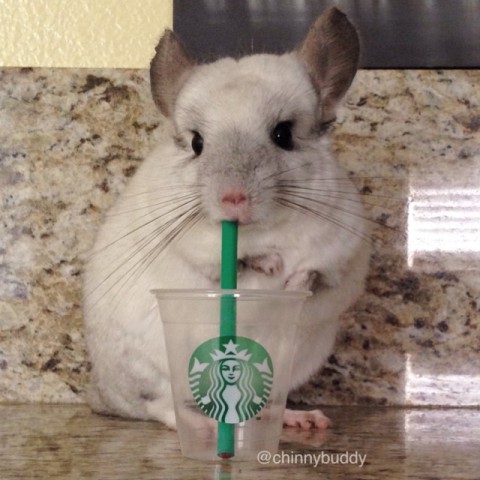 Mr. Bagel, the Chinchilla,Getting His Caffeine Fix (Image via Facebook)

Mr. Bagel's name comes from his fondness for cream cheese, though chinchillas generally need to avoid foods high in fat (who doesn't?). Ordinarily they stick with food pellets made of dried hay, though he does reportedly have a strong fondness for dried rose hips. That's great since they are naturally low fat and high in vitamin C. 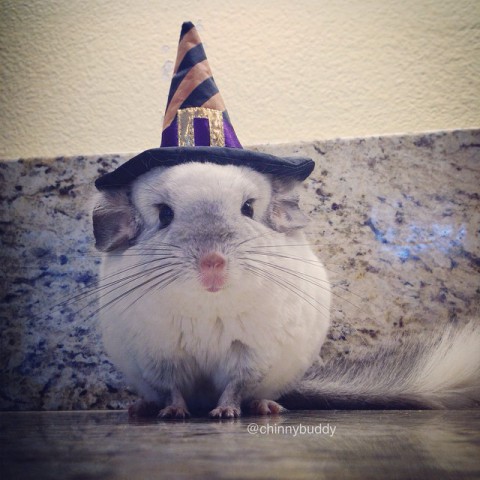 Mr. Bagel, the Chinchilla, Dressed for Halloween (Image via Facebook)

Mr. Bagel's modeling duties include posing with a myriad of tiny props and hats. Unlike other celebrity rodents he does not get put through a ton of costume changes. His cuteness still speaks volumes and has earned him thousands of fans on Instagram @chinnybuddy. He is also working to develop a following on Facebook.

Cute
Exotic Pets
Fun
Fun Stories
Rodents
Weird, Odd or Bizarre
These Boots Are Made For Unicorns (Or Demon Creatures)
Zen Is A Turtle In The Garden