Meet Garfi, The Angriest Cat In The World

Rest in peace Colonel Meow. Move over Grumpy Cat. Garfi, the angriest
cat in the world, is here! This scowling, long-haired ginger Persian
looks hell-bent on world domination with a sour attitude to match. Okay
maybe he isn't out to take over the world. Maybe he's just staring at
you while you sleep plotting some sort of revenge for all cat-kind. 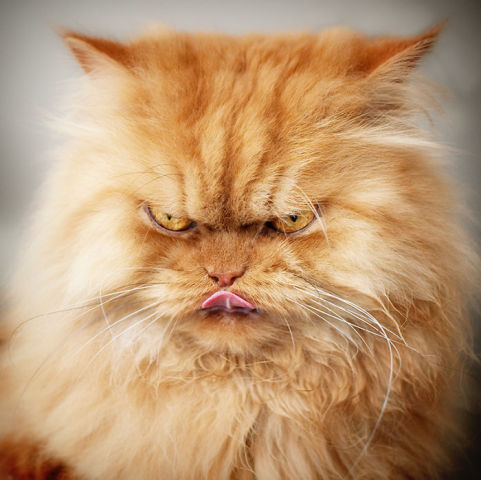 Garfi, The Angriest Cat In The World (Photo via Imgur)

In spite of his disturbingly irate appearance, Garfi is reportedly a sweet and loving boy who enjoys doing his modeling work. Indeed, one of the many photos circulating on the internet shows him playing happily. 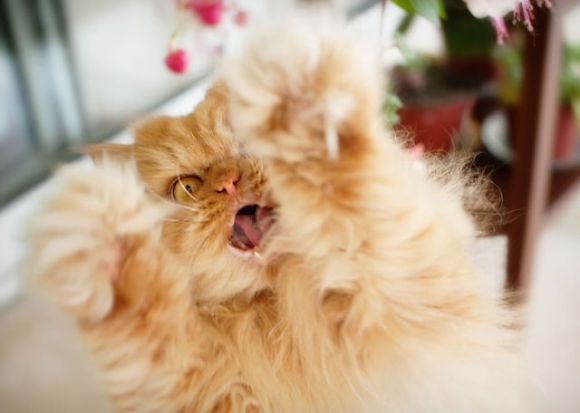 It is his heavy brow line that makes Garfi look so brooding and angry. His look of furry fury is just for appearance. He is actually quite the happy and healthy loving pet. 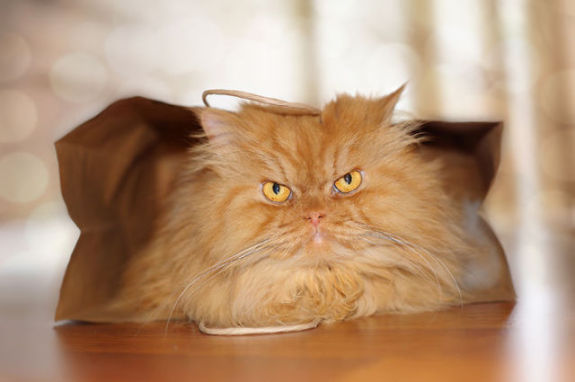 Garfi lives in Turkey with his human mom, Hulya Ozkok, and with a large, loving family of both humans and other cats. He is well on his way to achieving the international fame of other star moggies, but he still has a ways to go. After all Grumpy Cat has a movie coming out this holiday season. Still, Garfi definitely has one paw in the door already. 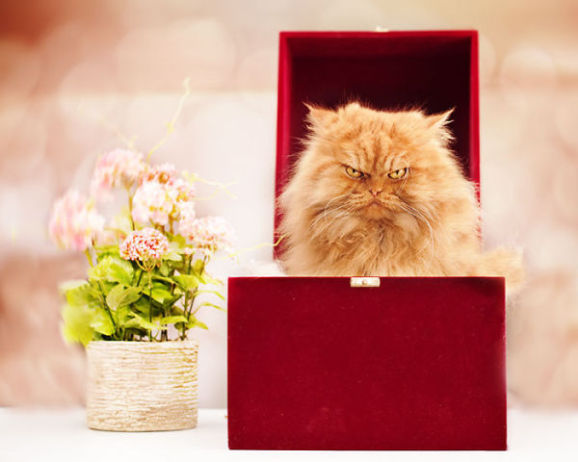 The plump puss does possess a striking resemblance to the clever cartoon kitty named Garfield. We just need a photo of him whisker-deep in a pan of lasagna to totally sell the fact. 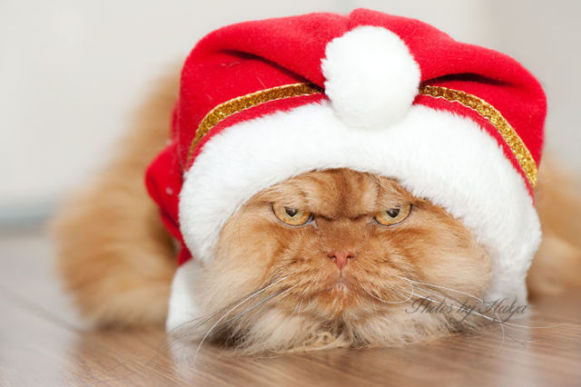 The bottom line is that Garfi needs to go at the top of your list for up-and-coming cats to watch in the coming months. 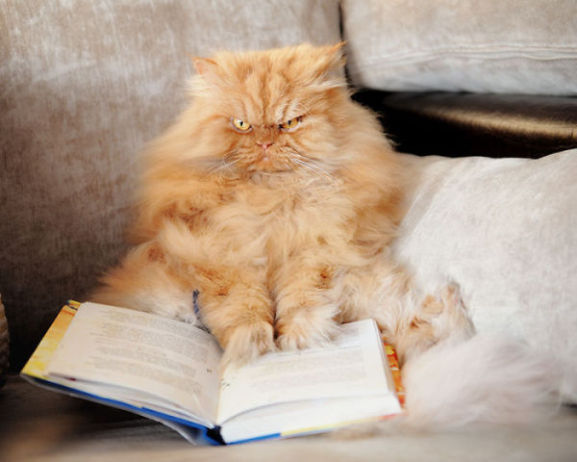