Maybe They Should Call It A Chair-opotamus!

Hippos are fairly cute for an animal that is big and bulbous with yards
of fat folds. In the wild they are extremely territorial and very
dangerous. When a hippo is The Hippopotamus Chair in your living room, however, it is
all just as cute and chubby as it is in your imagination. Better than
that you can climb on its back and pretend to ride it around, give it a
potted palm to munch on, and use it to freak out the dog. 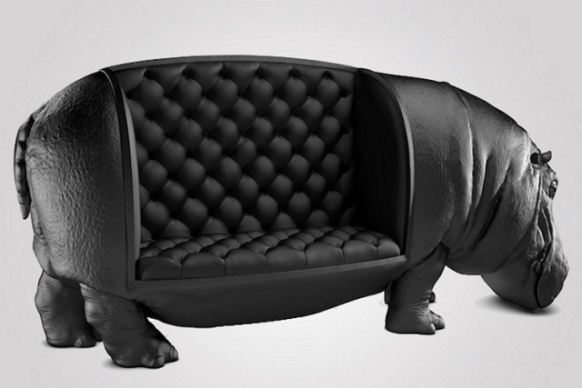 They may call this magnificent beast a chair, but it is more of a love seat at 9.7 feet nose to tail. Fortunately it doesn't weigh the three tons of a live hippo, so you won't need to have the floor reinforced under it. The chair was created by Maximo Riera as a part of his 2014 Animal Chair Collection. Other animals in the collection include a rhino, a beetle, an octopus, a walrus, an elephant, a frog, and a whale. 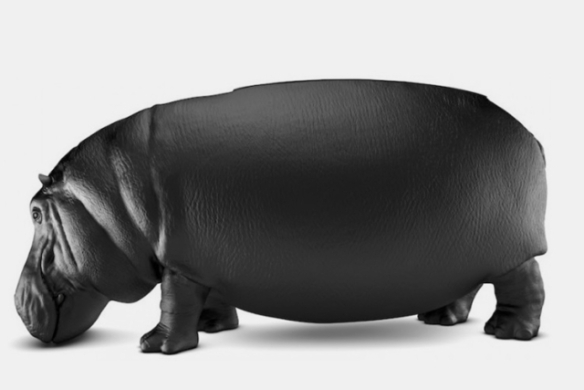 The leather covering is designed to match the appearance and texture of the hippopotamus skin, though it is a bit darker. The animal has such a realistic look that it is a bit alarming and your pets may not take it so well at first. Fortunately it isn't life-like enough to leave hippo patties all over the carpet. 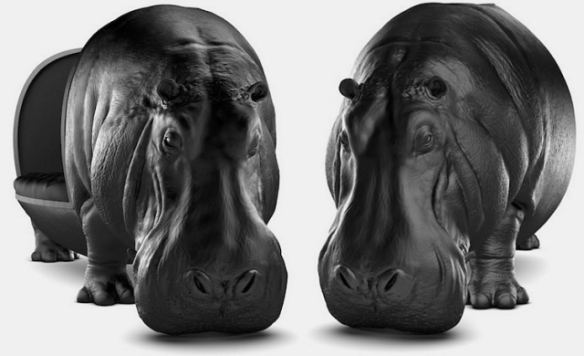 Should the day come when you need to make a few extra bucks you can charge people to sit on its back and take photos to freak out their friends and relatives.

I would love to have one, but the price reportedly comes in at £70,000. Even if it was a paltry $7, it still wouldn't fit into my tiny home. I'll just have to dream that I one day get to ride one -- The Hippopotamus Chair that is, not a real hippo.