Man Busted For Attempting To Sell Alligator Via Craigslist!

You can sell a whole bunch of things over the internet: a vintage Walrus Man Star Wars action figure, lion burgers, dinosaur fossils, but nationally protected wildlife isn’t one of them…

A 19 year old man in Chicago, Illinois listed a small baby alligator for sale on Criagslist: "Baby gator for sale, id consider a trade for a leachie gecko. Sale price is 300 obo asap." 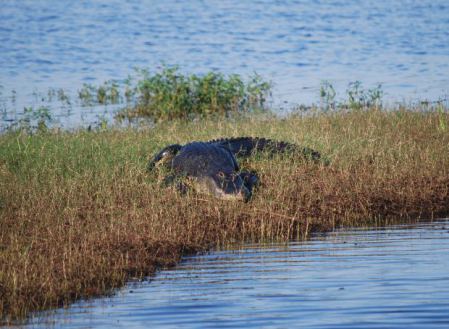 The amateur herpetologist obviously didn’t know that it is illegal to own or sell alligators in the state of Illinois.

An undercover officer from the Department of Natural Resources met at the gator owner’s house and confiscated the reptile after it was offered to him for $300. The man was taken into custody and his trial date is set for May 31st.

I had to do some digging to figure out what the man did wrong, but it turns out that he was charged with misdemeanor possession of wildlife. The vague umbrella terms used in the 2012 Illinois Dangerous Animals Act won’t help his case either, since American alligators would likely fall under the term “life-threatening reptiles,” making it a “dangerous animal,” thus illegal to own without a permit. Then again, it’s perfectly legal to sell alligators over the internet from wherever Backwater Reptiles is based out of… 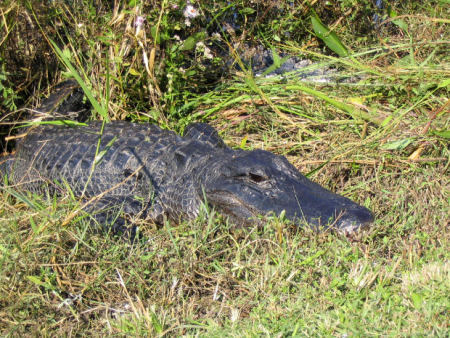 American alligators have a range covering the southeastern United States, including Florida, Texas and as far north as the Carolinas. These apex predators can eat anything that they can grab with their powerful jaws, including deer, feral hogs, turtles and other marsh animals. They were officially delisted from the Endangered Species Act in 1987.

Alligator Turns Up At Chicago's O'Hare Airport
Alligator Pool Parties On The Rise
Working 11-7, What A Way To Make A Living
Comments