Man Charged With Assault With An Alligator

Even in Florida you can be darn sure that Wendy's won't be serving
alligator burgers any time soon. Not after the incident back in October
when Joshua James, 23, allegedly shoved a three and a half foot juvenile
alligator through the drive-thru window. It
was not until last month that U.S. Marshals finally took him into
custody. 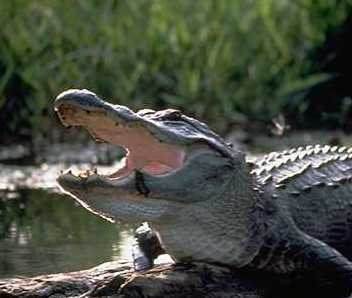 James admitted to picking the gator up along the side of the road in Royal Palm Beach, Florida, and bringing it with him. Once the Wendy's employee handed him his drink he pulled out the alligator and pushed it through the window. While James's parents claim that it was just a stupid prank, the law sees it differently. He is facing charges of aggravated assault (with a deadly weapon?) as well as unlawful possession and transportation of an alligator. 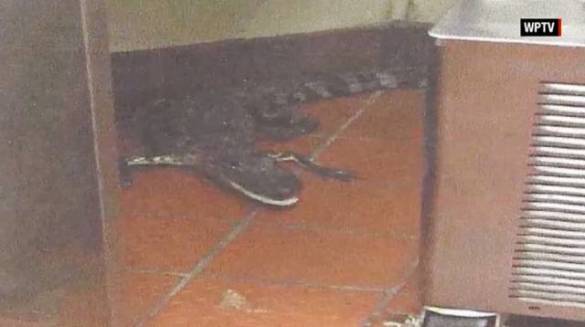 At his arraignment James was ordered to stay out of all Wendy's restaurants, have no contact with animals other than his mother's dog, and to not possess any weapons. He was also ordered to undergo a mental health evaluation. This could provide us with a whole new definition of crazy.

The gator was apparently shaken up but unhurt. It was later released into a nearby canal. While alligators are not generally an animal that generates a lot of sympathy, this kind of story is just the sort of thing that changes that perception. Perhaps James should have picked on a gator his own size.

Make a Fun Breakfast For Animal Lovers With This Pancake Pan

How To Move An Alligator -- The Animal Video Of The Day!!!
Comments