Mama Cat And Her Litter Of Kittens . . . And Ducklings

Back in May a small holding (little farm) in the town of Clara, in
County Offaly, Ireland was home to something of a miracle. The cat
took on the responsibility of three orphans in addition to her own
litter of three kittens. Word got out about her act of motherly kindness
and the world began to marvel over her. The cat had put her nurturing
instincts ahead of her instinct to hunt. Her three new offspring were
ducklings. 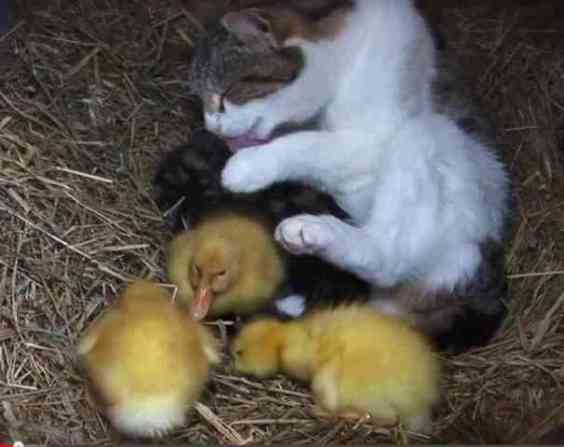 Mama Cat And Her Litter Of Kittens . . . And Ducklings (You Tube Image)

Ronan and Emma Lally had a hard time believing what they were seeing when the ducklings cuddled up to the cat's warm body and she began purring over them. There was a moment of horror when the cat took hold of one of the tiny birds in her mouth. They thought that they were a duck dinner after all, but no, the cat held them gently but firmly. In the video here you can see her grasping them by the tail feathers to move them where she wants them as she tries to get them down for a nap with the kittens. Naturally, like so many kids at nap time, they aren't so keen on that right away. 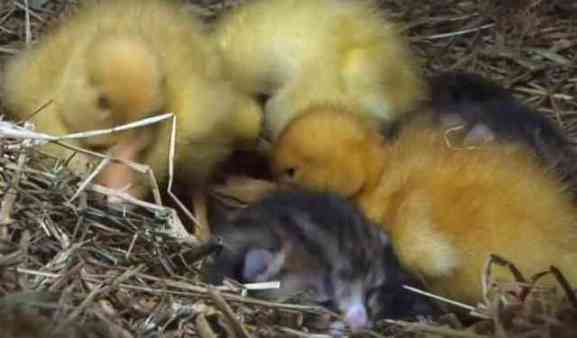 Ducklings Curled Up With Kitten Siblings (You Tube Image)

Her mothering goes to an extent that no one saw coming -- the tiny ducks even suckle at her teats for a bit of warm mother's milk. They nuzzle in for some as the cat finally gets her whole litter together for a nap and everyone gets a quick lap of the tongue. They may not have really needed a nap, but she certainly did. Those ducks are far more active that her birth babies and take a lot more work. 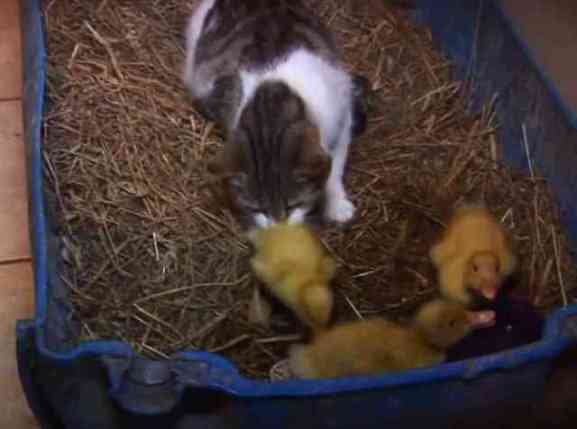 The Lallys were certain that the cat was suckling the ducklings when they picked her up and two of them were still attached.  A bird expert from Birdwatch Ireland stopped in for a visit and was totally amazed by this behavior. The birds are truly ducks though, when they put bird seed and a dish of water into their nest the ducklings immediately hopped into the water for a bath -- something that may have perplexed their kitty mom. Videographer Maura Cunningham also stopped by to catch the action on video. 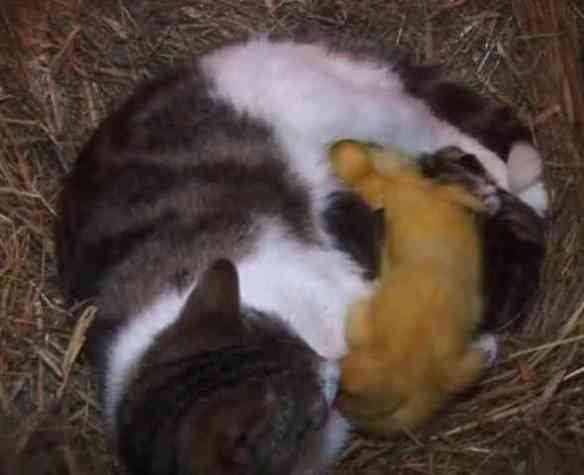 They are keeping a close eye on the ducklings since they will grow fairly large. There has been no update on their progress. The cat would probably be a bit challenged in teaching them to swim though that would probably be a picnic compared to trying to teach them to fly. Most of us would pay good money to see that!

One funny note: on several American websites the story was misinterpreted and it was reported that the cat's name was Clara, not that she was FROM Clara.

Artisanal Scaled-Down Cat Furniture Promotes Japanese City's Craftsmen
It's Not Time to Wake Up -- The Sleeping Animal Video of the Day!!!
Spend Halloween With A Scaredy-Cat
Comments