Mac Is This Year's Newest Clydesdale!

Anheuser-Busch has announced the birth of
their first Clydesdale foal of 2016. The adorable little equine was born
this week. He's probably not far along enough to be featured in this
year's Budweiser ads for the Super Bowl, but who knows? His name is Mac (enter your own McDonald's joke here: time for McBeer?) and he is already earmarked to run with the big boys someday. 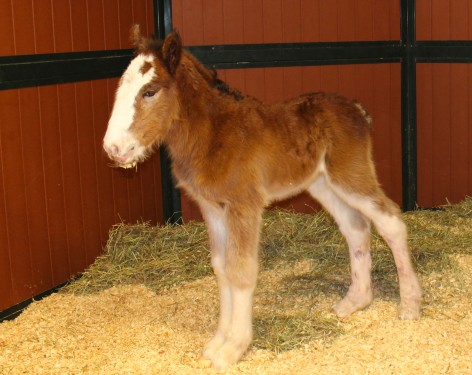 Little Mac was actually named to honor the legacy of the Clydesdales as "the most macro of all icons." These horses have been representing Budweiser for more than 80 years now. They started their legendary advertising journey back in 1933 and are still going strong today. Their first appearance was in celebration of the repeal of Prohibition. 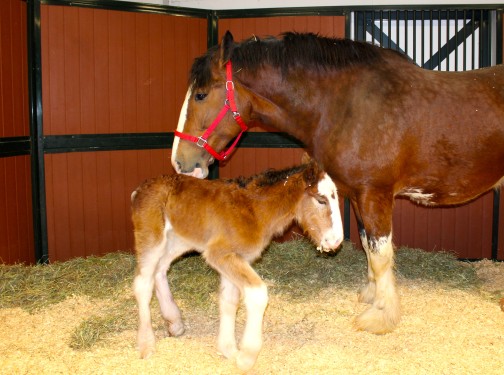 Mac the Newest Budweiser Clydesdale and his Mother

Mac was born at the company's Warm Springs Ranch in Boonville, Missouri. This is where he will grow up with the best care while being trained for his future duties. For now he is just mommy's little boy without a care in the world other than not being late for meals.

You can keep up with Mac as he grows and learns by following Warm Spring Ranch on Facebook and Twitter.