Miniature horses are becoming popular as pets and can also be trained as service animals, but a little equine in Wisconsin has an extra special job. Tinker, a miniature horse like the one pictured below, is a Salvation Army bell ringer, and he's stunningly good at it. 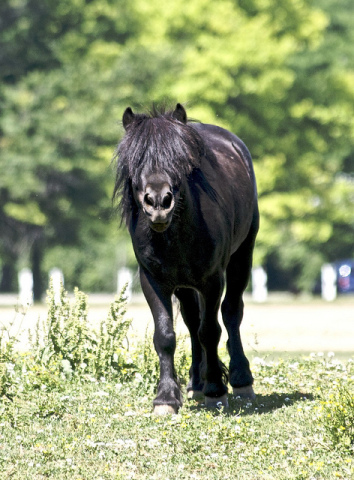 Salvation army bell ringers are a familiar sight around Christmas time, standing outside of businesses to solicit donations for their red kettles. According to Salvation Army commander Major Roger Ross, these volunteers can collect around $250 for charity in a couple of hours. 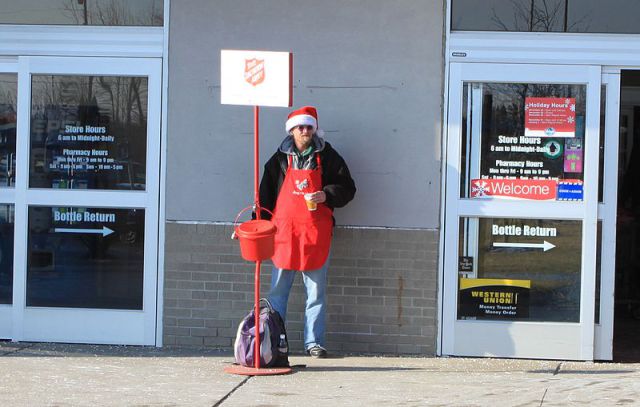 But Tinker has the human volunteers beat by a mile, sometimes bringing in as much as $2,500 in the same amount of time. How does he do it? Consummate professionalism. He comes dressed for the job, wearing a Salvation Army apron, a Santa hat, and glitter on his hooves. He rings the red bell with his mouth, and after a donation, he holds up a sign saying, "Thank You Merry Christmas." Of course, it also doesn't hurt that he is an adorable miniature horse.

"The line up to put money in [Tinker]'s kettle," says Major Ross. With results like these, it won't be long before we have miniature horses doing all of our holiday tasks. 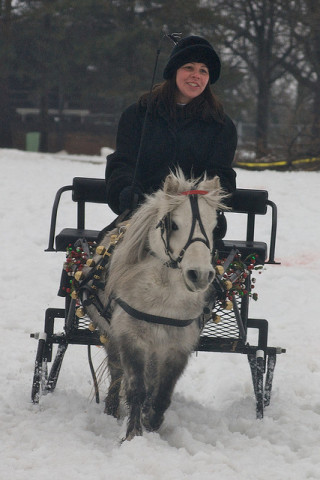