One of the most certain ways to make sure that you have the coolest
jeans in town has long been making sure that your pair was heavily
distressed and the more ripped the better. It used to take weeks and months of
heavy wear to get them right where we wanted them to be. Now you can buy
them pre-torn, but what if you could get jeans where every rip and tear
was made by a lion, or tiger, or bear -- oh, my! 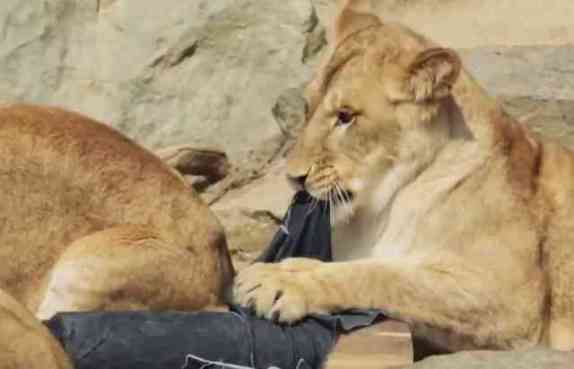 Zoolander designer Mugatu and the Mineko club came up with the idea for Zoo Jeans as a way to raise money for the Kamine Zoo's wildlife preservation efforts and the World Wildlife Fund. It is the latest in philanthropic fashion, though there has also been some controversy over them.

To make these jeans lengths of denim were taken and tied around the favorite toys of lions, tigers, and bears -- like large balls and old tires -- then given to the animals for some healthy and life enriching play. During the course of the activity the fabric was clawed and chewed until well-ripped. The denim stood up to the abuse remarkably well. 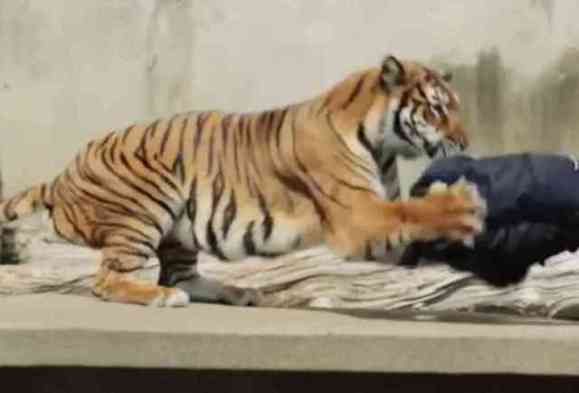 Once play time was over, the denim was removed and used to make four heavily distressed pairs of Zoo Jeans. The result was stylish and each pair of the jeans had the letters ZJ stitched onto the back pockets. More than fashionable, they are the sort of jeans you could tell stories about for years to come.

This month three of the four pairs were sold at an online auction - the two pairs created by lions, and the one pair created by the tiger. The pair created by bears was kept by the Mineko Club. The auction garnered a total of $3,500 for the two organizations -- and a whole lot of press. 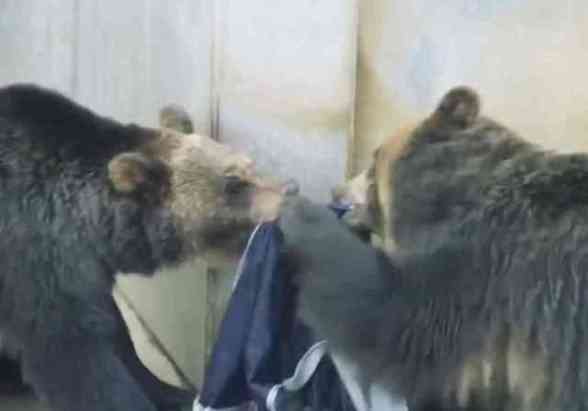 The World Wildlife Fund has acknowledged receiving their portion of the donation, but made it clear that they were not thrilled with the fund-raising technique that made use of the animals in this manner.

Conservation
Fun
News Stories
Weird, Odd or Bizarre
Wildlife
Get Your Shopping Hopping With A Frog