The Lion And The Labradoodle

This last week you had to be living under a rock not to have heard of
the lion scare in Norfolk, Virginia. It happened not far from the zoo,
which added to the confusion. Charles, a very hairy labradoodle, was
just out 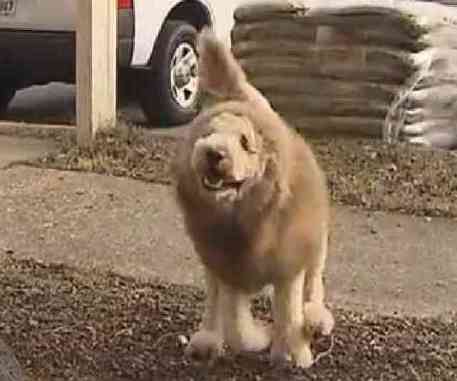 Charles the Monarch -- the Labradoodle Lion (You Tube Image)of the groomers and was just taking a quick run down the
street, and that sparked a number of 911 calls reporting a small lion on
the loose.

The first thing the police did was check on the zoo and their two lions. Both were present and accounted for. Their investigation turned up Charles the Monarch, a labradoodle with an unusual hairstyle. Daniel Painter, Charles' owner, took him to the groomer to get his distinctive look when his daughter, Natalie, was a student at Old Dominion University.  Their mascot is the lion and Charles became an instant hit on campus and in the surrounding community. People 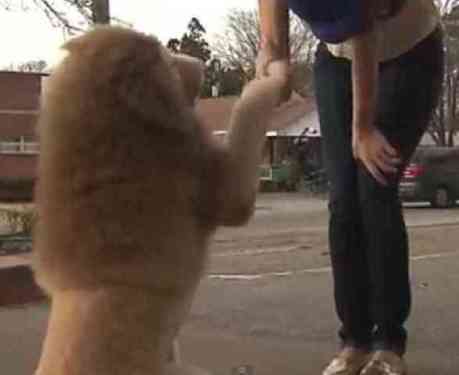 Charles the Monarch -- the Labradoodle Lion (You Tube Image)request his presence for their tailgate parties and Charles is more than willing to oblige, making friends with everyone.

So if you are driving through Norfolk and think you see a small lion on the loose how can you tell that it is just Charles? First of all -- baby lions do not grow manes. That is for mature males. Second of all, as a lion Charles appears to have no ears. Lions have upright ears and labradoodles have long, flowing ears.

As for the color of the mane and tip of his tail, Painter admits that that is a dye-job. The overall look requires a touch up every four months. Perhaps the groomer should call the look the "Charle-mane"